Rohanpreet Singh gets a tattoo of wife Neha Kakkar’s name! 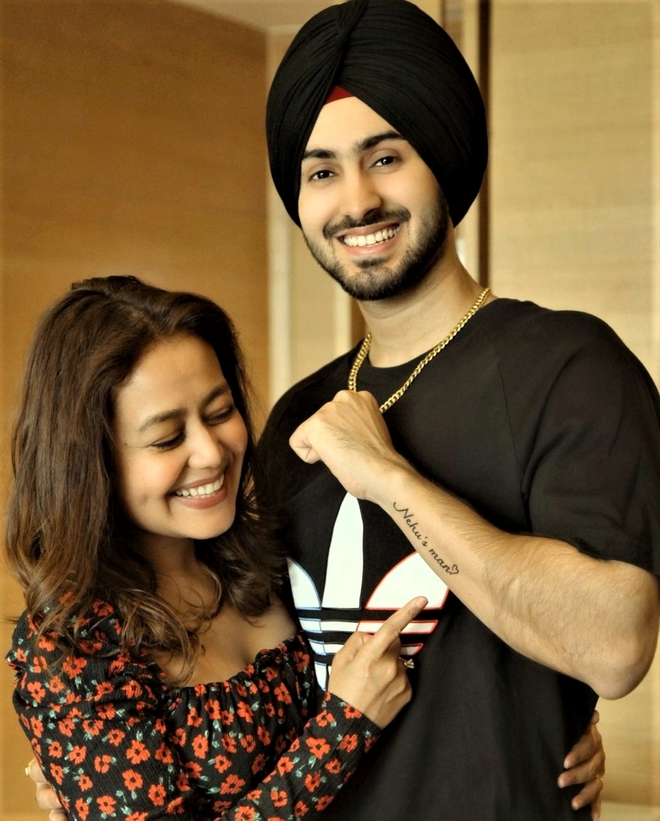 Rohanpreet Singh gets a tattoo of wife Neha Kakkar’s name!

Neha Kakkar and Rohanpreet Singh got married in October last year and the lovebirds keep sharing PDA moments with fans on their social media handles.

They first met for a video shoot of song Nehu Da Vyah and it was love at first sight. Post their wedding, the two went to Dubai for their honeymoon where they also celebrated their first Diwali. And on Sunday, which happened to be their first Valentine’s Day, the doting hubby Rohanpreet got a tattoo done which proudly reads, ‘Neha’s Man’.

Neha posted several photos where she is seen posing with Rohanpreet, showing his tattoo, and shared his response when she asked him about the pain. She wrote, “My Valentine gave me the Best Gift Ever! Itnaaaa Pyaar Baby…”

Posting the same set of pictures, Rohan declared his love for Neha. He captioned his post as, “Hey My Love Happy Valentine’s Day! A Very Small Gift for You and I wanna tell you that I Feel So Proud When I see Your Name on my Arm now…” Not just Valentine’s Day, Neha was in for a surprise on Rose Day as well when Rohan sent her a box of flowers with chocolates. She shared a post on her social media account thanking him for the same.