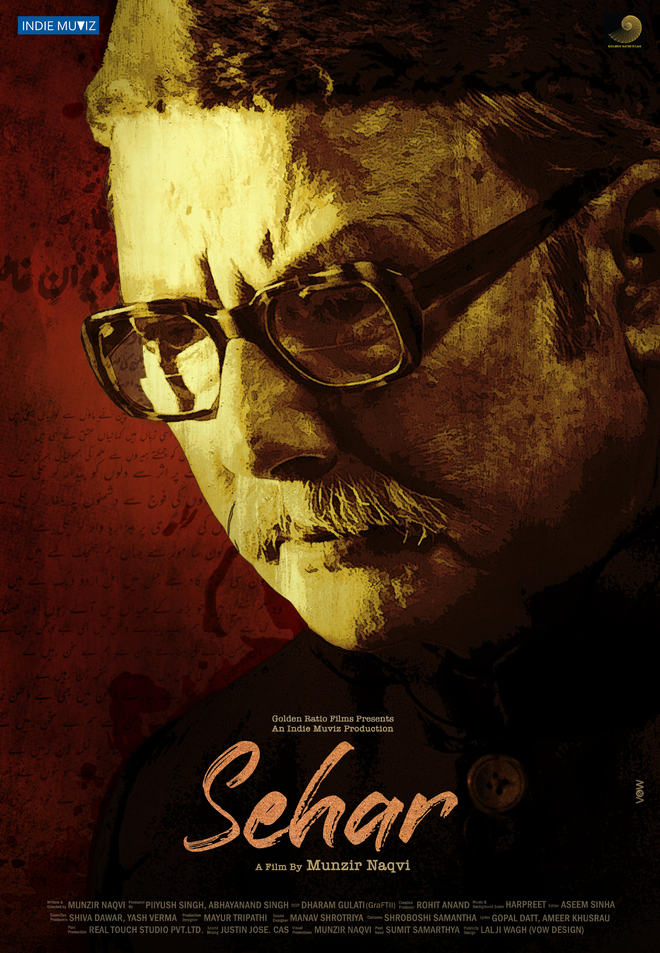 Sehar to compete at the Asian Film Festival Barcelona, 2021

Sehar, a movie produced by Golden Ratio Films, has been selected at the Asian Film Festival Barcelona 2021. The film will be competing for the best film under Official Competition Section. Directed by Munzir Naqvi, the movie starring Pankaj Kapur revolves around Mahendra Nath Kaul Azad, a famous Urdu poet and also a teacher of Urdu at Awadh Degree College, Lucknow. He is informed of the decision to close-down the Urdu department. Azad is completely taken by surprise. In an attempt to save Urdu he along with his disciples, start teaching at smaller government Urdu schools.

The anti-Urdu forces are not able to curb the revolutionary spirit of Azad. Subsequently, the results of Urdu schools in the state begin to fare better than in the previous years, waging war against these communal forces.

Munzir Naqvi, director, Sehar, said “I am honoured that our film Sehar has been selected by the prestigious Asian Film Festival Barcelona, and especially since they nurture young debut filmmakers and independent films. Through this film, we have made sincere efforts to keep this language alive and we are sure the audience will appreciate our efforts.”