Nimrat Kaur shares a special connection with Patiala and she is here to strengthen that bond : The Tribune India 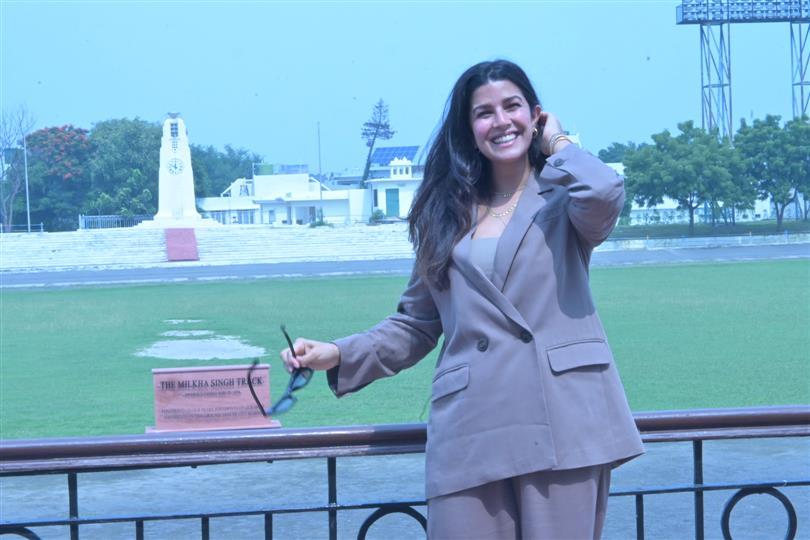 “With OTT, there is plenty of work for everyone. It has brought employment opportunities along with space and scope for artistes. This has allowed an emergence of new talents from across the country,” opens up 40-year-old actress Nimrat Kaur during her visit to Patiala.

Nimrat shares a special connection with the city. “Patiala is very close to my heart because I attended Yadavindra Public School-Patiala when my father was posted here twice. We lived in the same house for both the tenures. After that he was posted in Kashmir and that’s when we lost him. I completed my 5th, 6th and 7th standard from YPS. This school introduced me to dramatics and debates along with a host of extra-curricular activities,” says Nimrat.

Along with nostalgia, this visit evokes a sense of pride too. And there is a reason for it. “In honour of his contribution to the nation, a bronze statue of my father was unveiled at the Heritage Hall at his parent regiment 64 Assault Engineer Regiment in Patiala. When I got an invite for the inaugural ceremony of the statue of my father late Major Bhupendra Singh in the Patiala Regiment, I left everything to be a part of it. My mother and sister have accompanied me,” she adds.

The versatile actress, who has made a name for herself in Bollywood and Hollywood with her films like The Lunchbox, Homeland and Airlift, Nimrat wants to act in movies which are different, even if it means less work. “I am clear on one thing—my movies are for the contemporary generation, their struggle and their hopes and aspirations. I want to do movies they can relate to and which give me creative satisfaction.”

Ask her about her passion and what brought her into the entertainment industry, Nimrat is quick to add, “It was my sheer passion for acting ever since I was in school. After my college, I moved to Delhi and after a few roles here and there, I was shortlisted to play the lead actress in The Lunchbox where I rubbed shoulders with the likes of late Irrfan Khan, Nawazuddin Siddiqui and Lillete Dubey. Based on my performance, I got an offer to play a Pakistani spy in the hit American series Homeland,” she recalls.

Talking about the working style in Bollywood and Hollywood, she says. “As an actor, all I do is trust the director. International cinema, no doubt has given me international exposure and confidence. In India, I am able to experiment and chose my roles wisely as I did in my recent movie, Dasvi.” Nimrat had to gain 15 kg for her role in Dasvi. She played Bimla Devi, Abhishek Bachchan’s wife in the film.

Nimrat’s upcoming movie, Happy Teachers Day, is based on the trials and tribulations of the new generation. “I am flying to Pune to shoot for this movie,” she says.

Sharing her experience during the Covid-induced lockdown, Nimrat says that she is blessed and thankful to God that she didn’t lose any near and dear one. “It was tough time. It was a time when I realised what is important and what is not. It allowed me to go through introspection, not only as an actor but also, as an individual,” she says.