Show runner JD Payne talks about his vision for The Lord of the Rings: The Rings of Power at the Asia-Pacific premiere : The Tribune India

Show runner JD Payne talks about his vision for The Lord of the Rings: The Rings of Power at the Asia-Pacific premiere

The cast of The Lord of the Rings: The Rings of Power with showrunner JD Payne 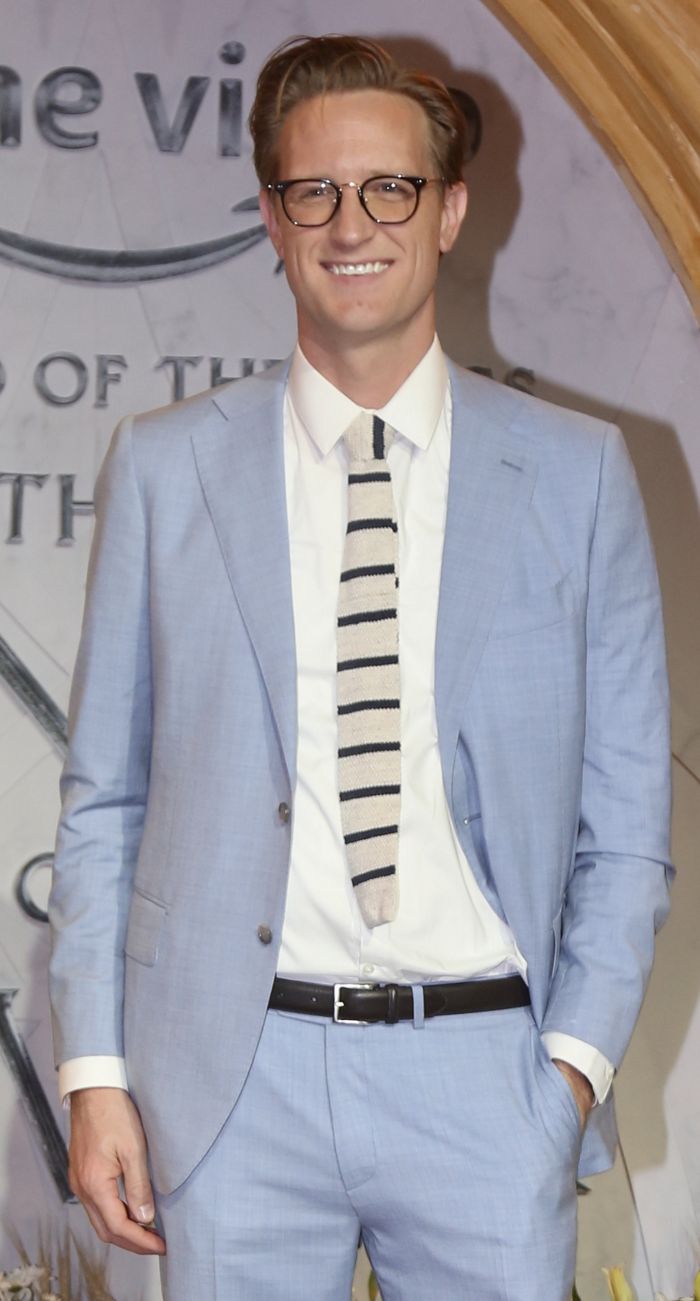 The Asia-Pacific premiere of this epic fantasy drama series was held in Mumbai, showcasing two episodes which is releasing on September 2, in the presence of the cast and the showrunner JD Payne of creator duo JD Payne and Patrick McKay.

Co-writer and creator Payne says, “It’s true that we are re-introducing this celebrated fantasy book and drama but one doesn’t need to have prior knowledge of the story or the characters. This series will act as the basis to introduce you to LOTR with sequels to follow and for the fans it will expand their world, ‘Middle-earth’, in the era of Second Age. Acknowledging the fact that many fans would be upset as one cannot make everybody happy but we have tried to stay true to the book and have kept Tolkien’s son and grandson in the loop to what we are making.”

On how he stays faithful to the book and at the same time exercise his creative liberty, Payne explains, “The book is the Bible for us and we always referred to it when stuck. But there’s a lot that Tolkien did not put into words which one could draw from the story. For instance, he didn’t write much about the Second Age but yet there are characters, which are always talked about.” Was he too careful while bringing out new characters, naming them and assigning them their personality traits? JD’s reply is simple, “They should have ‘Middle-earth’ in them and thus our quest to find actors who would pass this test began. And, we are glad that after rounds and rounds of auditions, we found 22 needles in 22 haystacks.”

So, can we expect an Indian character in the series? Payne in his cryptic reply said, “Look out for the sequel; it will be full of surprises.” Saying that Amazon Prime is going all out to create this fantasy drama, he adds, “It’s just not a prequel to Lord of the Rings film but the re-narration of the stories. We have five seasons in mind with an exact picture of how the climax will look like. So, by the end of it, the viewers will be sitting on around 40-hours of streaming content if we go by eighth episodes each season format.”

On the red carpet

While Hrithik Roshan and Tamannaah Bhatia made it to the press conference and interacted with each and every cast member of the series, including JD Payne. Many celebs became the part of Amazon Prime Video’s Asia-Pacific premiere. Jim Sarbh, Kabir Khan, Nikhil Advani, Bani J, Rasika Duggal, Sayani Gupta and Maanvi Gagroo walked down the red carpet for the premiere.

Lloyd Owens, who is playing the role of Celebrimbor has worked with Amitabh Bachchan and Aamir Khan in Thugs of Hindostan, says, “I enjoyed my stay in India when I was here to shoot with Amitabh for the film in Jodhpur. I have already told my co-stars that if they ever get a chance to work in Bollywood, don’t think twice. It’s an opportunity you don’t want to miss.”

British-Iranian actress Nazanin Boniadi, portraying the role of Bronwyn, a single mother, is also glad to be back in India after working in the country for 2018 action thriller Hotel Mumbai.