Having Intimacy Coordinators on film sets is a win-win situation for both makers and performers. Amanda Liz Cutting and Aastha Khanna open up about this emerging field 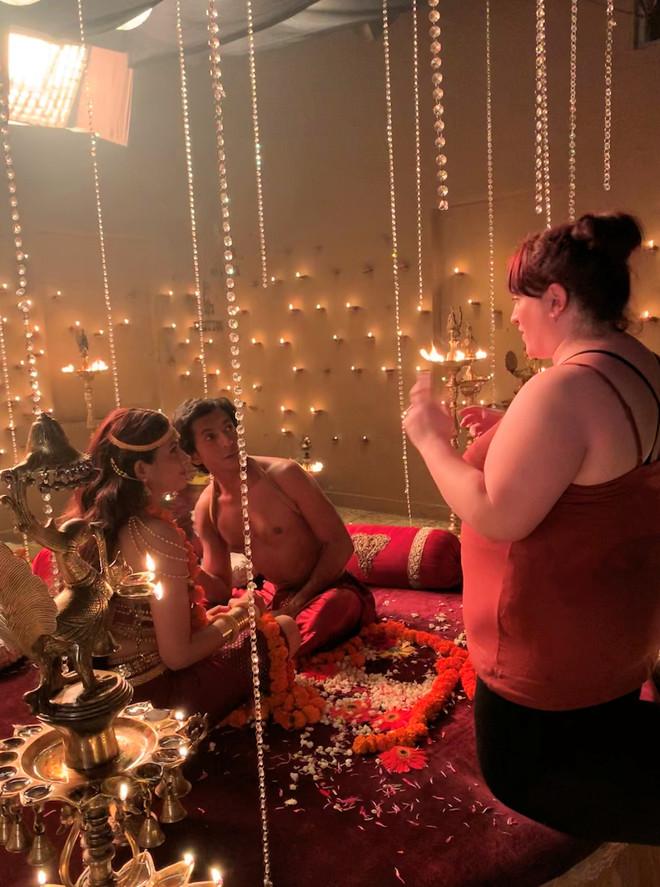 Amanda cutting on the set of Mastram

I came into this field with experience as an agent, actor, director and producer. Actors often called me in to be their advocate on sets for various scenes. When this role came out, I went for training as I saw the need,” says Amanda Liz Cutting, the first ever intimacy coordinator (IC) to work in India.

The #MeToo movement brought along this whole new concept of intimacy coordinators who help a director bring their vision on screen, while ensuring that in the process no actor feels uncomfortable or gets exploited. Also, the makers can breathe easy that 20 years down the line, they are not going to battle some charges!

Amanda, who is based out of Canada, got her first gig in India on web series Mastram. “Indian film sets are just getting introduced to this essential role. There are cultural differences for sure; however, everyone I’ve worked with wants the best for the production and performers. Once everyone knew what I needed to do, they were quite accommodating. I loved working in India and would do it again,” says Amanda who feels many a time people don’t realise the power dynamics at play. If that was one chink to be ironed out, other was to procure modesty wear. “Some of our challenges were to get the suitable modesty wear in the correct skin tones due to short casting deadlines. We ended up custom making them with a team of incredibly talented local tailors.”

When Aastha Khanna chanced upon such a career option, she enrolled herself for a 20- week training programme from Intimacy Professionals Association (IPA). “No one asks an actor to jump off the cliff without having an action director on sets. How can you not have an intimacy director to choreograph sex scenes,” asks Aastha, the first Indian intimacy coordinator.

“In scenes with minors, we need to ensure the rights and comforts of the children,” she adds. Just after her training, Aastha bagged some six assignments and had the lockdown not stalled shoots, she would have had more. Charting new territories is not easy. “While my first film Finding Anamika with Bejoy Nambiar was a smooth ride, some that followed were not all that welcoming. Much of my job involves ‘consent’, if I don’t have the consent of people involved, I can’t do it well.”

Things are changing, slowly but surely. “I think IC is the right step towards safeguarding everyone’s rights. Women have been traditionally vulnerable in the film industry. However, there are many, regardless of gender, who have experienced unsafe sets or situations, but don’t feel confident enough to speak up. These scenes of intimacy, whether romantic or violent, impact everyone involved. We don’t know what can come up unexpectedly. Having someone there whose job is to look out for the actor’s mental and physical well-being pays in the long run,” says Amanda.

Aastha is looking at the larger picture. Not just doing her own gigs as IC on sets, she has founded Intimacy Collective, to bring in people from different walks of entertainment industry. “The first thing for us is to make a set of guidelines and then I am hoping to reach out to production houses. We have divided guidelines into four sets – for shootings, theatre stage, performing artistes and children. Each of these presents different challenges that must be taken into account.”

It sure is a woman dominated field but Aastha clarifies that it’s a gender neutral field. “Though I am proud to say that this field is women dominated, there are men, non-binary, transgender working as ICs. Through my training and experience, I have been surprised that despite being from a so-called liberal family and being a global citizen, I did not know many labels that individuals identify with. I have been on sets where there have been not just intimacy scenes between man-woman but also between two men and the actors have been completely comfortable.” Amanda adds, “It’s also critical that the concept of consent and intimacy practices are taught in film classes so that these artistes entering the industry are fortified. There aren’t enough ICs yet in the industry to support every project, so we must teach this to those entering the field.”