Pandemic or evolved choices of binge-watchers, the ongoing fling between OTT and musicals is sure creating a buzz 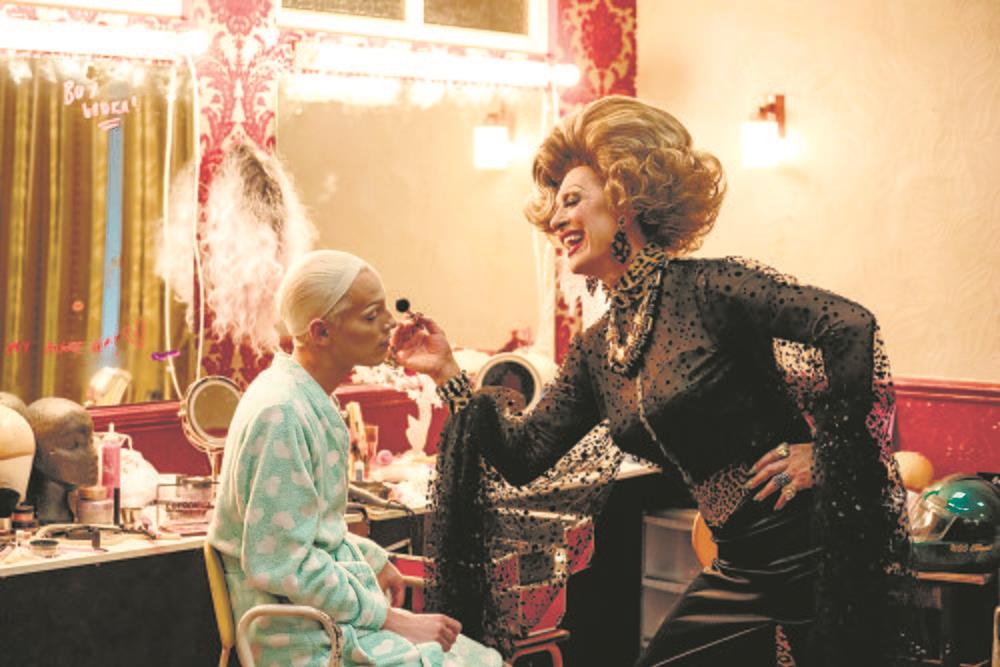 OTT’s affair with the Great White Way has become quite a revelation for binge-watchers. Blame the pandemic if you will or the seasoned taste of the masses in choosing content, but after documentaries and anthologies, musicals too have caught the much-deserved attention of OTT. So, let’s take you through the musicals available on various digital platforms and figure out why everybody is talking about them.

In September alone, two musicals, Cinderella and Everybody’s Talking About Jamie, have set themselves apart from the long list of musical films and Broadway adaptations ever made. If Camella Cabello, as one ambitious Cinderella, wanting to be a fashion designer, charmed the audience with her feminist side, then her fairy godmother getting a gender swap was sure in sync with the changing times. As for Everybody’s Talking About Jamie, the coming-of-age drama about a 16-year-old boy, played by Max Harwood, who breaks prejudices to become a drag queen, is another gem.

Apple TV is not far away from bringing musicals under their binge-list as Come From Away, an adaptation of 2017-Broadway musical by the same name, was made available on September 10.

Lin-Manuel Miranda, an American actor, singer, songwriter, producer and playwright, has brought In the Heights, Grammy award winner of Best Musical Theatre Album, to our digital screens by turning it into a film. With yet another adaptation of the popular musical, Tick, Tick... Boom, written by American composer Jonathan Larson, Lin will mark his feature directorial debut as the film will premiere on Netflix on November 19. As a producer, he released Hamilton in 2020 on Disney+ Hotstar).

One more upcoming American musical, West Side Story, is directed and co-produced by Steven Spielberg, with a screenplay by Tony Kushner. Releasing this December, it is the second feature length adaptation of the 1957 Broadway musical by the same name by Arthur Laurents, Leonard Bernstein and Stephen Sondheim. It is loosely based on William Shakespeare’s Romeo and Juliet. Tracing the biography of Diana, Princess of Wales, Diana: The Musical will see a Netflix release on October 1, which too is based on a book by Joe DiPetro.

Many have found similarities between Everybody’s Talking About Jamie and Ryan Murphy-directorial The Prom, which was released last year. And the similarities were but obvious for both were slated to release on 20th Century Studios before the pandemic led its distribution rights to be sold to Netflix and Amazon, respectively. The Prom had an ensemble cast comprising Meryl Streep, James Corden, Nicole Kidman, Keegan-Michael Key, Andrew Rannells, Ariana DeBose, Tracey Ullman, Kerry Washingto, among others.

Every other English teen or high school drama like Riverdale, Sex Education and 13 Reasons Why have one must-have episode for a musical, where it becomes a meta-theatre of its own.

Another musical, Dear Evan Hansen gets to release in theatres on September 24, 2021 before the makers outsource it to a digital platform. After Frozen 2, not much has come to the animated musical scene, but looks like Lin-Manuel has got us all covered. As a composer he has worked for computer-animated musical fantasy comedy films, Vivo and Encanto. Vivo is available on Netflix since August, while Encanto will be available on Disney+ Hotstar on December 24, after its exclusive theatrical release on November 24, 2021. Another much-anticipated fantasy musical is The Little Mermaid, which is slated for a release in 2023.

Taking the trend of High School Musical forward are the franchises Mamma Mia! (Available on Amazon Prime Video) and Pitch Perfect. While the latter is roughly based on the book Pitch Perfect, the former is the fifth highest-grossing film of 2008, which got a sequel a decade later, titled Mamma Mia! Here We Go Again. It is adapted from a jukebox musical written by British playwright Catherine Johnson. On the other hand, Pitch Perfect is a musical comedy with three films under the banner.