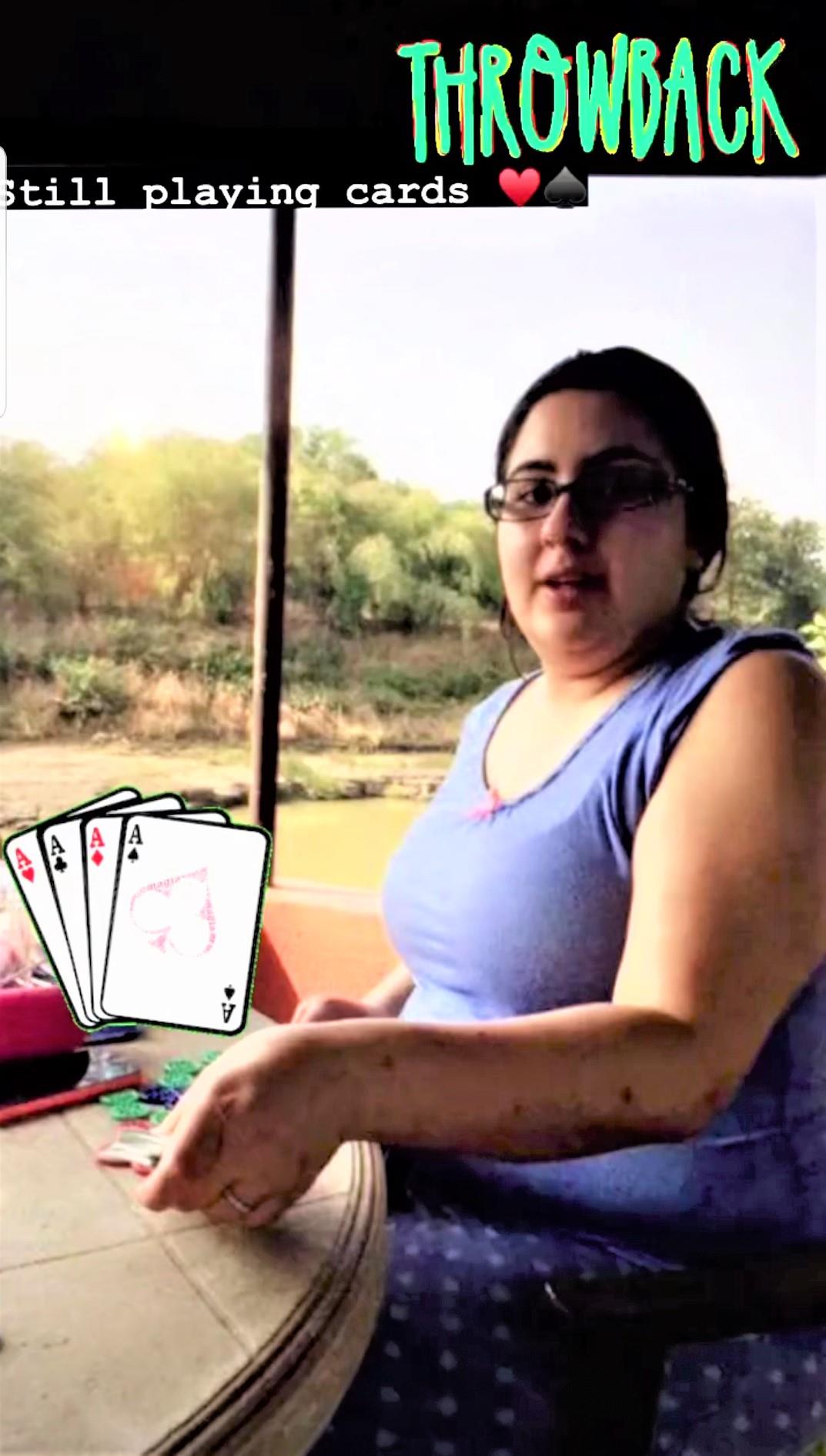 Sara Ali Khan took to her Instagram Story recently to share a picture in which she is seen playing cards with her friends. The picture was taken before she entered Bollywood. She was much heavier at that time and looks almost unrecognisable! The actress says there is only one thing that is common between that Sara and today’s Sara, as she captioned her post, “Still playing cards…”

The actress had opened up about her weight loss and transformation journey during Karan Johar’s talk show, Koffee With Karan, a few years ago. During the show, two clips were shown featuring Sara Ali Khan from when she was studying in Columbia University. She weighed 96 kilos then. Sara had said, “I had PCOD (Polycystic Ovarian Disease). I still do and because of that I think I put on the amount of weight that I did.”