The undated video is reportedly from Odisha 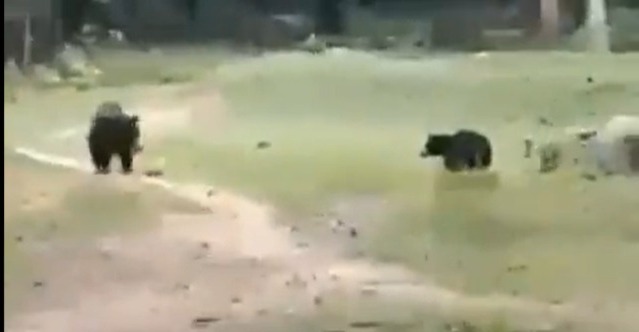 A video of a mama bear playing football with her cub has gone viral.

The undated video is reportedly from Odisha’s Nabarangpur district, India Today reported. The video shows a black bear and its cub coming across a ball and the curious mama bear playing with the ball as the bear cub runs around her and an unseen crowd of people cheers them on.

Then, her jaw clutching the ball, she runs into the nearby woods with her cub as her audience calls her back for their ball.