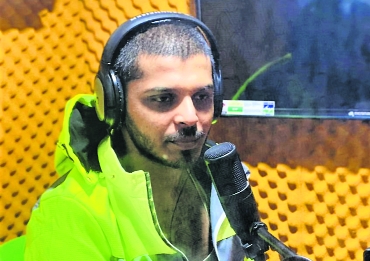 If you thought Prajwal Gupta could only make you laugh, then you missed out on something! The writer of shows such as Comedy Circus, Comedy Nights Bachao and Honey Bunny Ka Jholmal, is also into rapping. And, his debut rap number Mera Wala Anthem will be out soon. Says Prajwal, “I started writing rap songs during my school days. I used to share them with my parents. After I entered the TV industry, I got busy writing shows and had no time for anything else. During the lockdown last year and even this time, I got some free time and thought of writing a few rap songs on the present scenario.”

He has not just written these songs, but also plans to lend his voice to them too. “I am not a trained singer, but I understand tones and pitches well. And I am aware of the style...”