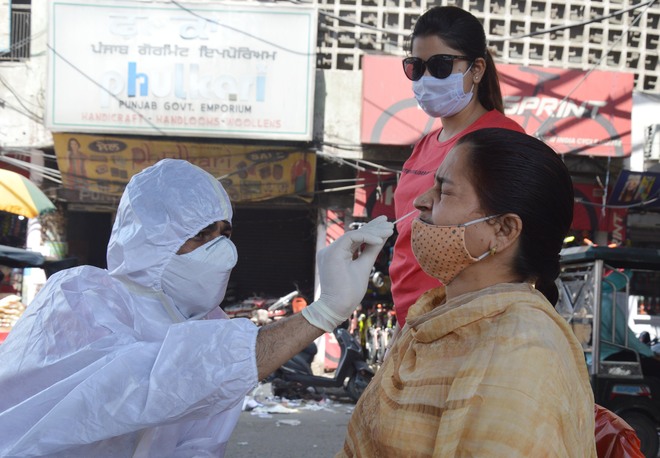 As many as 758 persons tested positive for Covid in the district, while 10 persons lost their life to the virus on Monday.

As many as 758 persons tested positive for Covid in the district, while 10 persons lost their life to the virus today. The active cases have gone up to 4,707, while total confirmed cases till date have reached 43,821. The death count in the district due to Covid has reached 1,253.

Those tested positive include three healthcare workers and an undertrial. As many as 174 persons are still untraceable. In the district, 501 persons were home quarantined. Today 17 persons were on ventilator support, out of which 11 belong to Ludhiana district and remaining to other districts.

Civil Surgeon, Ludhiana, Dr Sukhjeevan Kakkar said it was the duty of people to follow the safety measures like wearing mask and maintaining social distancing.