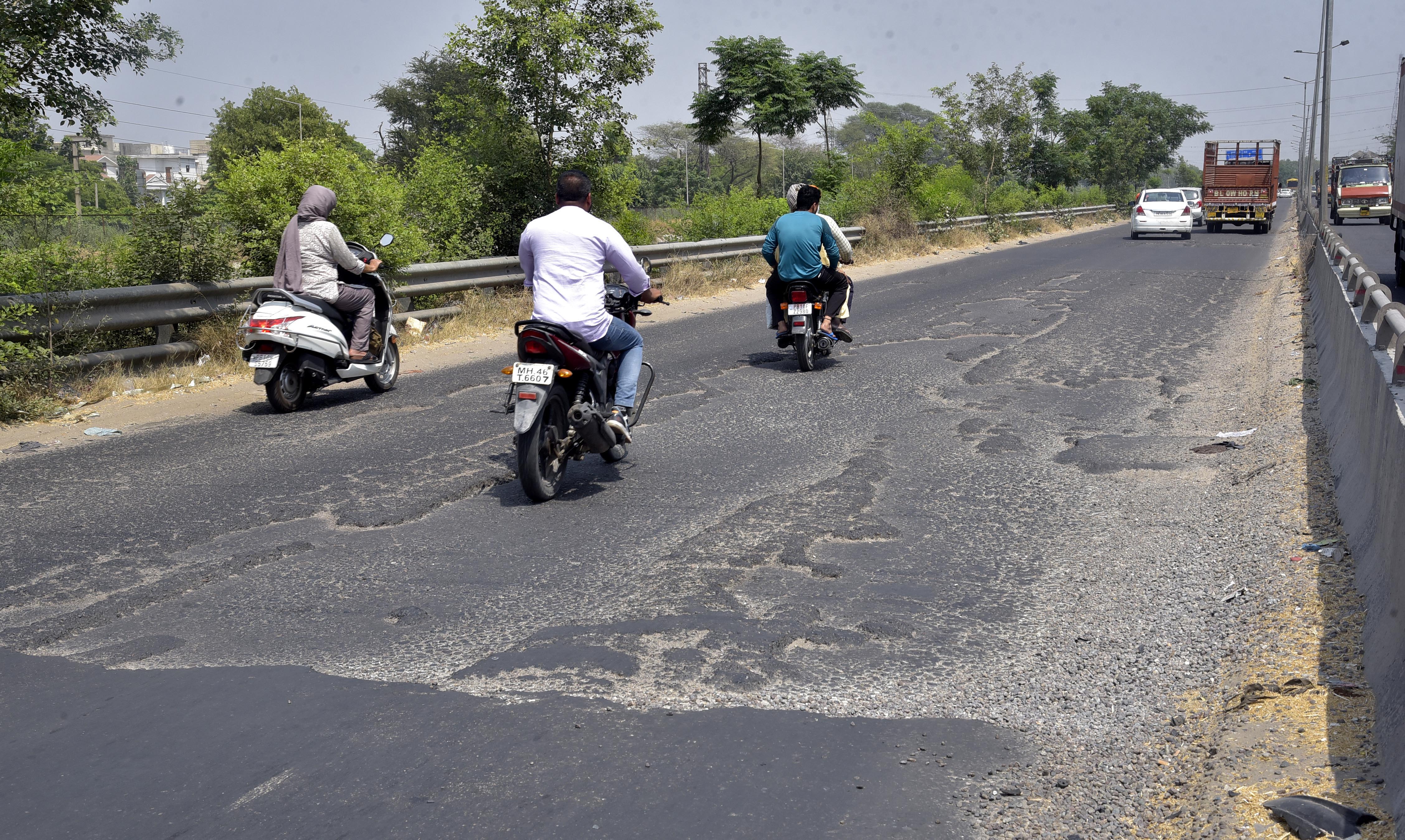 The southern bypass stretch between Jawaddi and the Dugri flyover. Photo: Ashwani Dhiman

As the poor shape of southern bypass has failed to stir PWD authorities into action, commuters, especially two-wheeler riders, are forced to risk their lives on this road which is riddled with potholes.

There are big potholes on the bypass alongside the Sidhwan Canal. Another stretch between Jawaddi and the Dugri flyover is in a dilapidated condition. It was learnt that the road had not been re-carpeted for a decade.

Residents of the nearby areas accused the department concerned of failing to take timely action to repair the road to prevent accidents. A large number of commuters use this road daily.

Gurpal Singh Grewal of the Model Town area said it seemed the road had not been recarpeted for many years. “A large number of heavy vehicles also pass through the stretch. The chances of accidents remain high due to big potholes. The department concerned must take necessary steps to ensure the repair or recarpeting of the road at the earliest. Moreover, necessary steps should be taken to ensure the safety of commuters taking this road,” he said.

A major accident took place on this road near the Dugri flyover recently. The residents said commuters generally took a wrong turn near the flyover. They want the department to take steps to avert accidents at this point.

Meanwhile, PWD Executive Engineer Davinderpal Singh said the road had not been recarpeted since 2011. “We have prepared an estimate of Rs 80 crore for the recarpeting of the entire road from the Ferozepur road, the Ludhiana junction to Doraha. The project file has been sent to the government. We are expecting to get necessary approval soon,” he said.

Rs 80-crore project yet to get govt nod

}We have prepared an estimate of Rs 80 crore for recarpeting of the road from the Ferozepur road to Doraha. The file has been sent to the government. We are expecting approval soon. — Davinderpal Singh, Executive Engineer