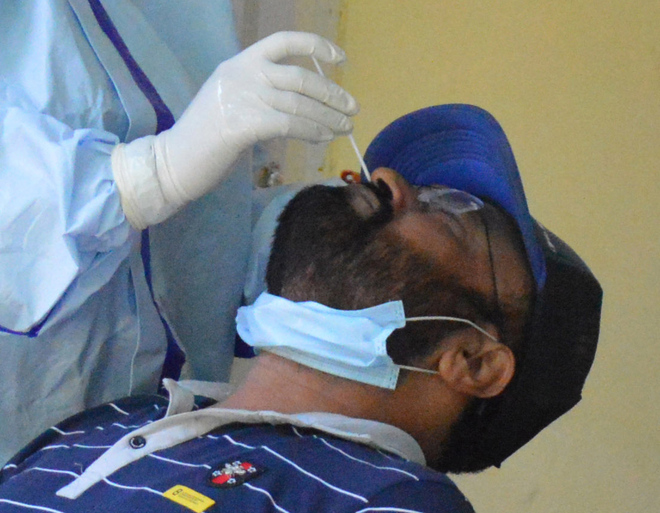 Twelve more Covid patients, including five from Ludhiana, have succumbed to the deadly viral infection during the past 24 hours as 291 others tested positive, taking the tally of positive cases to 16,295.

With five more deaths in this district, the number of human lives lost to the virus has gone up to 663. Among the seven other patients who lost the battle against Covid two were from Jalandhar, one each was from Amritsar, Hoshiarpur, Fatehgarh Sahib, Fariodkot and Jammu & Kashmir.

Deputy Commissioner Varinder Sharma said of 291 new positive cases, 244 were from this district while the rest belonged to other districts. Till now, 2,28,251 samples had been sent for testing and reports were received in respect of 2,25,932. 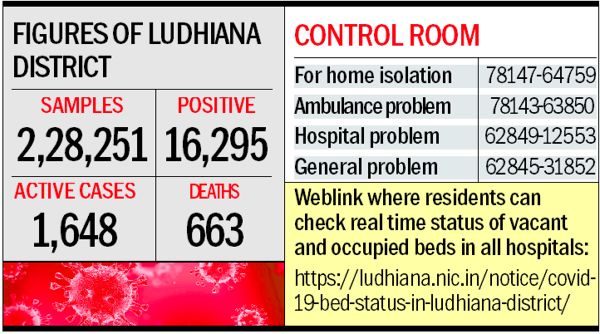 The Deputy Commissioner stated that teams of the Health Department had taken a record number of 4,951 samples today. The number of those recovering from the Covid infection was also increasing which was a good indication. He said of a total of 16,295 positive cases, 13,981 (85.79 per cent) had recovered. “People need not be scared from Covid as it is a completely curable condition provided the infection is diagnosed early and treatment started in time,” he added.