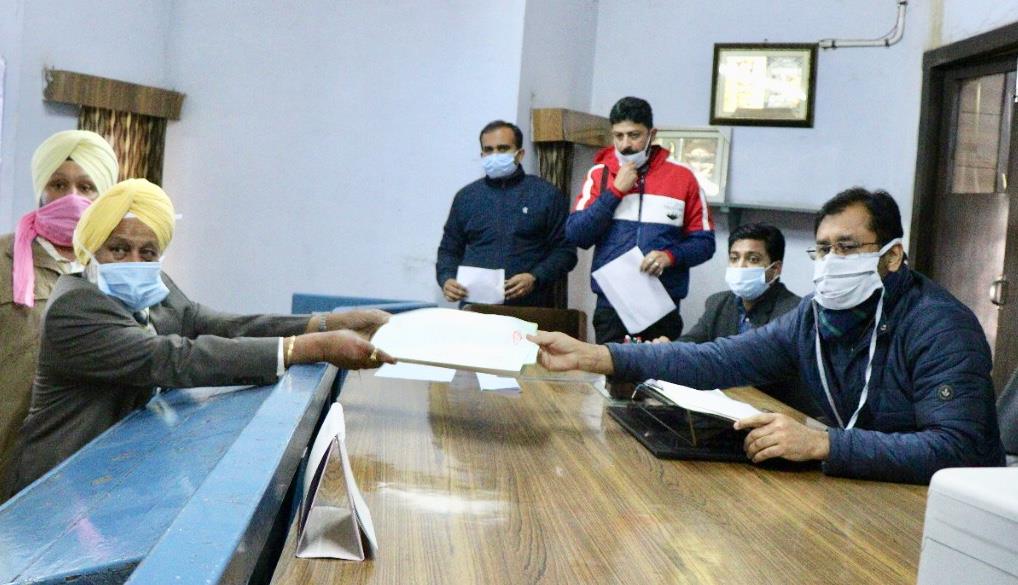 Amrik Dhillon files nomination as an Independent in Ludhiana.

As many as 13 candidates, including three covering candidates from the nine Assembly constituencies, filed their nomination papers on Thursday.

After being denied the Congress ticket, sitting Congress MLA Amrik Singh Dhillon (79) filed his nomination papers as an Independent candidate from the Samrala Assembly segment today.

Varinder Kumar Sharma said as per stipulated norms laid down by the Election Commission, only three persons, including the candidate, were allowed to enter the Returning Officers’ (RO) room where the nominations for the polls would be filed by them from January 25 to February 1, between 11 am to 3 pm. The nomination papers would not be taken on January 30 (Sunday).

The nominations will be scrutinised on February 2. The date of the withdrawal of candidature has been fixed as February 4. The election date in the state has been fixed for February 20 while counting of votes will be conducted on March 10.

Papers to be scrutinised on February 2