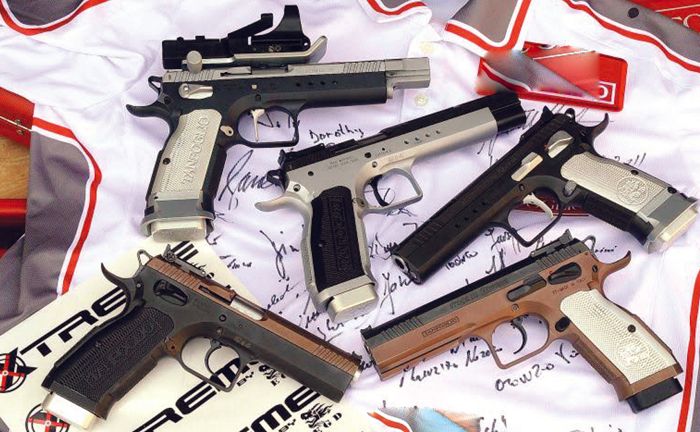 Under a sustained campaign to check activities of anti-social elements, especially those indulging in and promoting gang culture, the Ludhiana Commissionerate Police have arrested 15 gangsters and 37 proclaimed offenders (POs) with a cache of arms and ammunition during the past two months.

Besides, property, cash, and valuables worth over Rs 1.49 crore have also been seized from such criminals.

Commissioner of Police (CP) Kaustubh Sharma told The Tribune, here, on Monday that 15 lawbreakers, who were found using or possessing illegal arms and ammunition, were arrested in 11 cases registered under various provisions of the Arms Act from June 1 to July 31.

The arms and ammunition recovered from them included 32 pistols, a revolver, 204 cartridges, and 13 magazines.

However, the total recovery of arms and ammunition since April 9 when Dr Sharma took charge as the Ludhiana Commissionerate Police chief was pegged at 39 pistols, a revolver, 219 cartridges, and 13 magazines.

Besides, the Commissionerate Police have also arrested 37 proclaimed offenders (POs) wanted in various cases since April 9.

While 249 POs were wanted here till April 9, 19 new were added and 11 were cancelled or deleted from the list as per the law during the past four months.

With this, a total of 220 proclaimed offenders, including 215 wanted under Section 299 of the CrPC and five evading law under Sections 82 and 83 of the CrPC, were still on the run.

Meanwhile, the Commissionerate Police have also intensified their drive against the illicit liquor trade.

As many as 25 smugglers and bootleggers were arrested in 20 cases registered under the provisions of the Excise Act between June 1 and July 31. 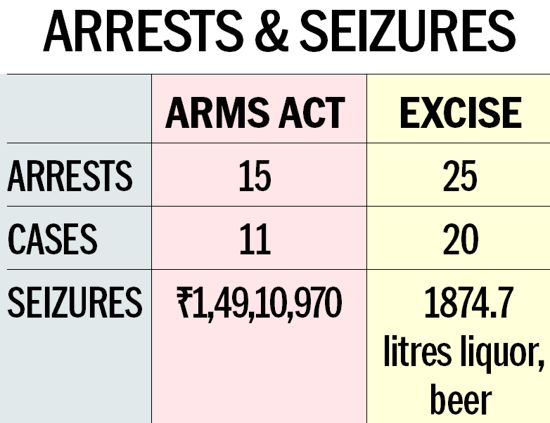 We are undertaking a special drive as per the directions of CM Bhagwant Mann and DGP Gaurav Yadav against anti-social elements, especially gangsters, who are indulging in illegal activities. They should leave Ludhiana forthwith, otherwise they will be taken to task and their properties will be seized. — Kaustubh Sharma, CP