18-year-old boy hacked to death over Rs 5,500 by contractor, aides in Ludhiana : The Tribune India

Victim, who was working as a waiter, had been demanding due wages 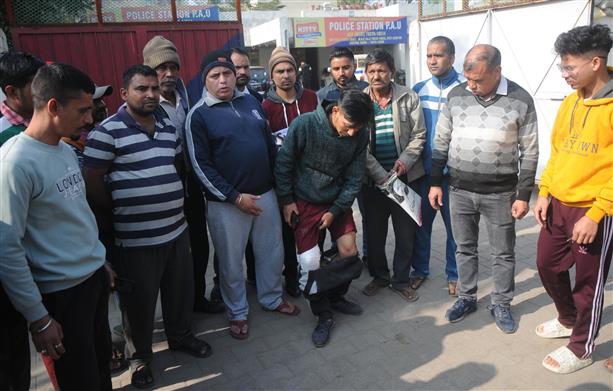 An 18-year-old boy was hacked to death over a dispute of Rs 5,500 at Chand Colony, Dairy Complex, here on Monday night. He was killed by his contractor, who was not paying him his pending wages, and his aides.

The deceased has been identified as Vicky.

Deceased’s father Balram said his son was working as a waiter with contractor Balwinder Singh Ballu of Amrit Colony, who supplies waiters for marriages or other events.

The deceased’s father said yesterday night, the contractor had called his son and asked him to collect the pending wages. Accordingly, Vicky, along with his brother, went to meet him near the house.

“When my sons reached there, instead of clearing dues, aides of contractors, who were carrying sharp weapons, attacked him. When Vicky’s elder brother Vijay intervened, they also injured him,” Balram alleged.

The victim was initially taken to a nearby hospital from where he was rushed to the DMCH, where doctors declared him brought dead.

Family members of the deceased had gathered outside the PAU police station to seek immediate arrest of the suspects.

Station House Officer, PAU police station, SI Rajidnerpal, said a case of murder was registered against contractor Balwinder Ballu, his aides Mani Sandhu, Vikas, Krishna and some unknown persons and raids were being conducted to nab the suspects.