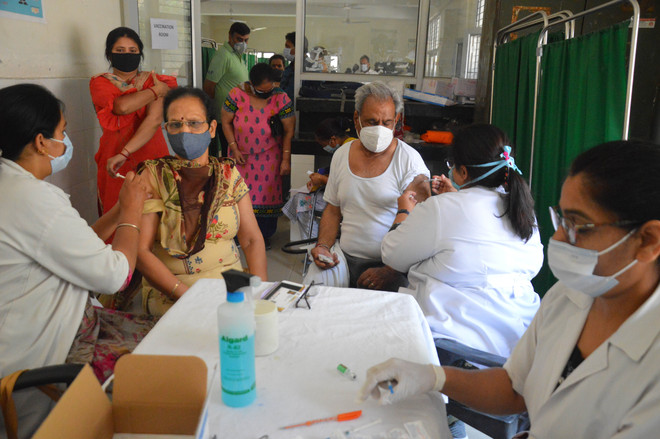 As many as 1,223 persons from the district tested positive, while 19 lost their lives to the virus today. Total number of positive cases till now has reached 65,266, while 1,528 have lost their lives since March 2020.

Today, 3,240 persons were vaccinated at different government vaccination sites in the district.

Patients on ventilator support were 50 — 33 belonging to Ludhiana and 17 to other districts.

The active cases in the district were 11,368, while 9,920 samples were collected from the district.

Those who tested positive include five healthcare workers and one pre-operative case, while 258 are still untraceable.

Nine men and 10 women, belonging to various parts of the district, lost their lives.

Meanwhile, for controlling the spread of Covid, Civil Surgeon, Ludhiana, Dr Kiran Gill said, “Testing is very important for early detection. If testing is done at an initial stage then we can control the spread of the virus. On the other hand, vaccination is important to make the immune system strong. These both things are need of the hour and the Health Department is working on it day and night.”

She added, “Testing at an early stage will also decrease the death rate. People hesitate to go for early testing, which leads to severity of the disease in such persons and they are also responsible for its spread unknowingly. So, if testing is done whenever one has the onset of symptoms or comes into contact with an infected person then required treatment can be given to the patient at correct time and further spread of the disease can be stopped.” 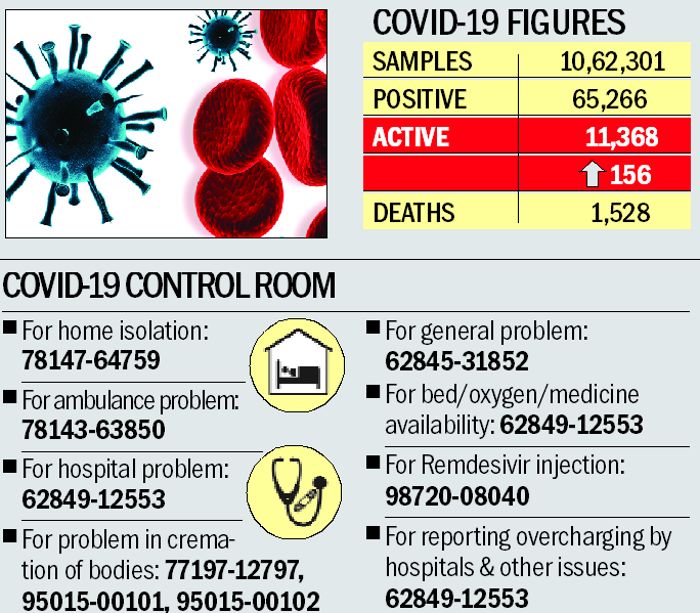 She urged people to follow the guidelines of the Punjab Government strictly. “Always wear mask properly, wash your hands frequently, maintain social distancing and avoid going outside unnecessarily,” she said. She also appealed that a self-imposed lockdown can be helpful in breaking the chain.

The second dose of Covaxin (for 45 plus age group only) would be administered at:

The first and second doses of Covidshield (for 45 plus age group only) will be administered at: