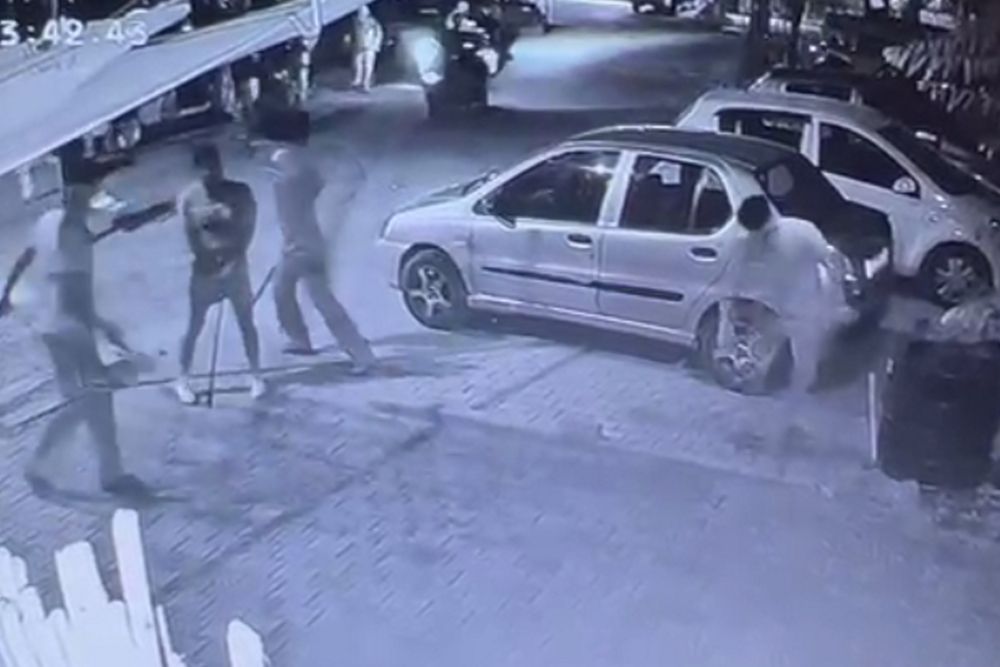 A CCTV grab of the scuffle that occurred in the Dugri area.

The police have booked Sehmbi and Guri, for allegedly attacking a man, damaging cars parked along the street, intimidation and firing into the air. The incident occurred after the duo had an altercation with Kirpal Singh over a minor road accident involving the motorcycle of the latter and the car in which the suspects were travelling in.

According to the police, the accident had occurred late last night at MIG flats in Dugri. After exchange of heated words between Guri and Kirpal, the former called his friends to the spot who ransacked cars parked there, scuffled with Kirpal with an intent to cause injury and also fired shots into the air. The accused fled when the victim raised an alarm and the people started gathering on the spot.