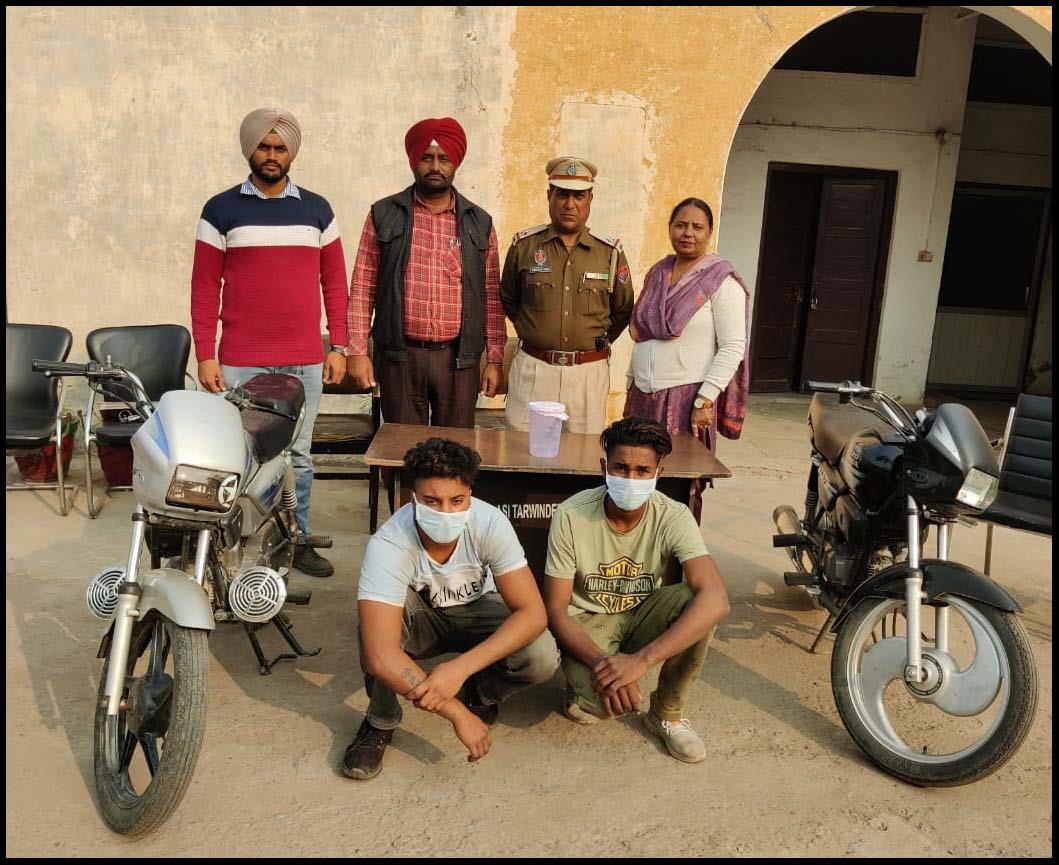 The arrested accused in police custody in Khanna. Tribune photo

The Khanna police achieved a huge success against anti-social elements as they arrested two hardcore thieves and looters, Gaurav Kumar, alias Laddi, and Kulwinder Singh, alias Joga, both residents of Sehala village, on Sunday. Two stolen motorcycles with fake registration number plates and a .32 bore pistol with two live cartridges were recovered from the duo.

Khanna SSP Balwinder Singh said the team of the CIA had received a tip-off about the movement of the accused with the information that the duo was on the way to Malerkotla from Khanna to sell stolen motorcycles with fake registration number plates and fabricated documents.

“A trap was laid at Sua Pulli, Majari, on Khanna-Malerkotla Road and the accused were arrested with a stolen Hero Splendor motorcycle bearing a fake registration number plate. On frisking, the police also recovered a countrymade .32 bore pistol, a magazine and two live cartridges from Gaurav,” the SSP said.

During initial investigation, another stolen Hero Splendor motorcycle (also bearing a fake registration number) was recovered by the police. Rajvir Singh, alias Ballu, believed to be an accomplice of the arrested thieves, has also been nominated as a co-accused in the case. All accused have been charged under Sections 379, 473 and 411, IPC, and 25, 54 and 59 of the Arms Act.