2 more crossings to get RoB, RuB in dist : The Tribune India

2 more crossings to get RoB, RuB in dist

To be constructed on cost-sharing basis at Neelon Canal, Ishmeet Singh Chowk 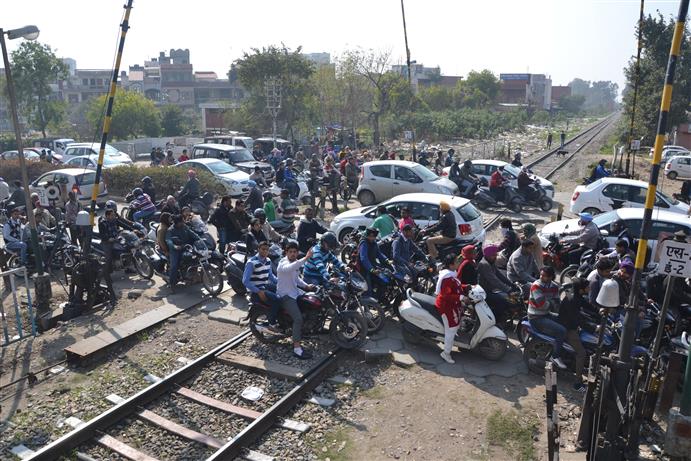 The Railways has agreed to construct RoB and RuB at Neelon Canal and Ishmeet Singh Chowk in Model Town here on cost-sharing basis, it is learnt.

This was disclosed by the Northern Railway General Manager Ashutosh Gangal in a communication to the Rajya Sabha MP from Ludhiana Sanjeev Arora, who had been raising the demand of upgrading the railway infrastructure in the district.

Arora told The Tribune here on Monday that Gangal had made this disclosure in response to the issue raised by him that the railway crossings were a major hurdle in the free flow of vehicular traffic and demand to construct RoB and RuB at Neelon Canal and Ishmeet Singh Chowk in Model Town here.

We are giving a major push to upgrade and uplift the existing railway infrastructure in Ludhiana. Redevelopment of the railway station and augmentation of infrastructure have already been approved and awarded. —Sanjeev Arora, MP

The Northern Railway General Manager said, “It can be processed for sanction on cost-sharing basis, subject to joint site feasibility, consent of the state government for sharing of cost and closure of line crossing after completion.” He added that a letter in this regard had been written to the Chief Secretary in May last but the reply was still awaited.

Arora had also apprised Gangal that the current number of passenger trains halting at Ludhiana railway station was unable to cater to the passenger footfall and he demanded halt of more passenger trains at adjoining Dhandari and Phillaur stations.

On this, the Northern Railway General Manager responded that there was no proposal for stoppage of more trains at Phillaur and Dhandari Kalan stations as yet. “Already 15 pairs of mail/express, six pair passenger trains have stoppage at Phillaur station, two pairs of mail/ express and 3 pairs of passenger trains have stoppage at Dhandari Kalan station,” Gangal mentioned, while stating that construction work for redevelopment of Ludhiana railway station had already been sanctioned.

He divulged that during the execution work of Ludhiana railway station, temporary stoppage of few trains was under consideration at adjacent station of Ludhiana due to operational constraints.

Highlighting that thousands of commuters on railway services in Ludhiana, which was an industrial hub of North, the Rajya Sabha MP also apprised Gangal that the existing Shatabdi Express falls short of the demand of commuters travelling to and fro Delhi.

On Arora’s demand to increase the number of bogies and draft scheduling plans for introduction of new Shatabdi trains with a gap of 3 hours from existing schedule, the Northern Railway General Manager reverted that this train was now running bi-weekly between Moga and New Delhi besides five days a week between Lohian Khas and New Delhi ex Ludhiana. “This way, the Shatabdi train services were available on all seven days of the week and it was now affordable for non-Shatabdi passengers also,” Gangal divulged, while adding that feasibility will be re-examined after commissioning and remodeling of Ludhiana railway yard, the work on which was also in progress.