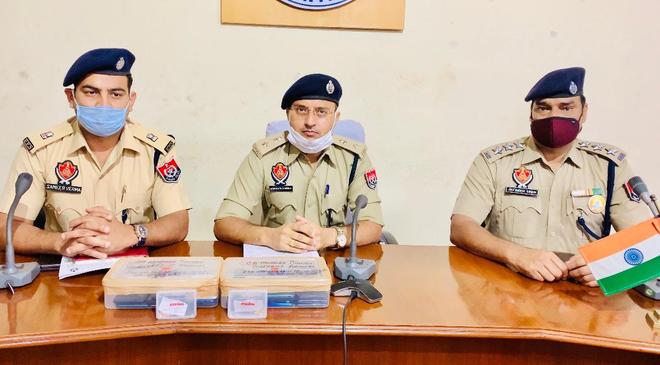 The police claims to have arrested two notorious snatchers. With their arrest, 29 incidents of looting have been solved. As many as 17 snatched mobiles phones and two gold chains were recovered from the suspects.

Those arrested have been identified as Lovedeep Singh, alias Deepu, of Gurunanak Nagar, Tajpur Road, and Raman Kumar of Salem Tabri.

Meena said secret information was received that a gang of notorious snatchers was active in the city. They had committed over two dozen snatchings of mobile phones, gold chains and other valuables in the recent past, he added.

Accordingly, officials of the police Division No. 5 laid a naka at strategic point where the snatchers were cornered and arrested, he said.