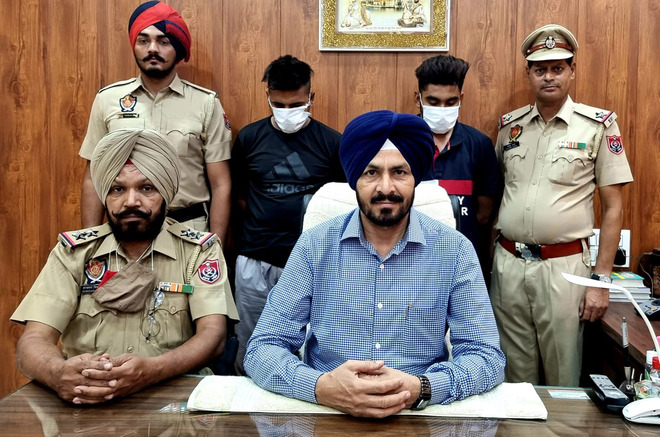 The accused in Ludhiana police custody on Wednesday. Tribune Photo

The Special Task Force of Ludhiana today nabbed two youths and recovered 750 gram of heroin and Rs 28,000 drug money from them.

They have been identified as Adarsh (19), alias Nihal Yadav, resident of Vijay Nagar, and Mani Garg (24) of Adarsh Nagar.

Inspector Harbans Singh of the STF said a tip-off was received that the two youths were on the way to deliver a consignment of heroin to their clients. Accordingly a police party laid a naka near New Vijay Nagar. They were stopped for checking and during the search of their belongings, heroin and drug money were recovered.

During preliminary questioning, Nihal admitted that he had been helping his father in his hosiery business but for the past two years he started heroin smuggling with his friend Mani. Mani said he is unemployed. — TNS