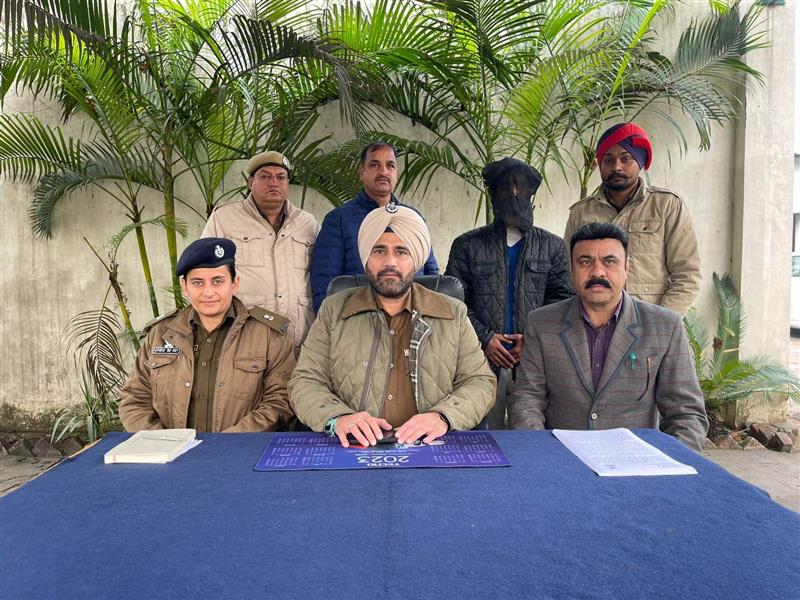 The suspect in police custody in Ludhiana. Tribune photo

The police have arrested a 20-year-old youth, a drug addict, for allegedly raping a four-year-old girl. The suspect has been identified as Vikas Kumar, who hails from Bihar. At present, he is staying at Rajeev Gandhi Colony here.

On January 16, the father of the victim, complained to the police against an unidentified person. He had told the police that he was a street vendor and has two children — a daughter and a son.

He told the police that on January 13, his four-year-old daughter was playing with children in a street. After some time, she went missing. When CCTV cameras were checked, it came to know that an unidentified youth took his daughter somewhere on his bicycle. Later, she was found in the Jaspal Bangar Road area, here.

DCP (Investigation) Varinder Singh Brar said the suspect had been caught after using technical methods and scanning CCTV cameras during investigation. He said a cycle used in the crime had also been seized from the youth, who was arrested from Eastman Chowk, Kanganwal.

The police said he works as a labourer. The suspect, who has been staying at Rajeev Gandhi Colony for the past two years, had made the little girl sit on his bicycle on the pretext of giving her a bicycle ride and took her to some place and committed the crime, the police said.

A case under Sections 376, IPC, and 6 of the Protection of Children from Sexual Offences (POCSO) Act at the Sahnewal police station in the district on January 16 against the suspect.