25 villages lead by example, pledge not to burn crop residue in Ludhiana district : The Tribune India 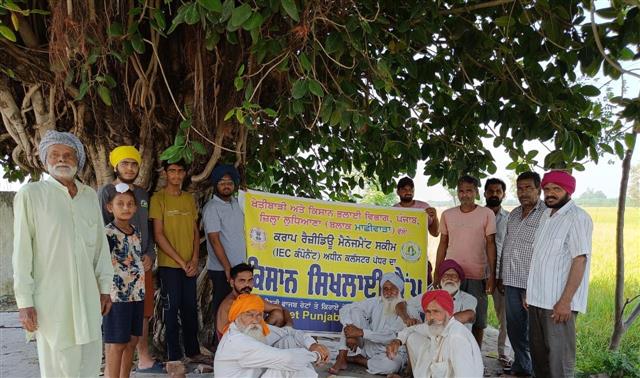 In what appears to be the result of a sustained campaign against the age-old menace of stubble burning, at least 25 village panchayats in the district have pledged not burn crop residue, the government has confirmed.

A Mansa firm, which will generate fuel from straw, has adopted all such villages and has undertaken to take away entire crop residue from the fields of these villages by providing the requisite machinery free of cost, the officials have said.

The anti-stubble burning drive has also started showing results as only 6 farm fires were reported in the state’s biggest and largest district, in terms of area and population, during the current paddy harvesting season, which was on since September 15, the official figures have revealed. 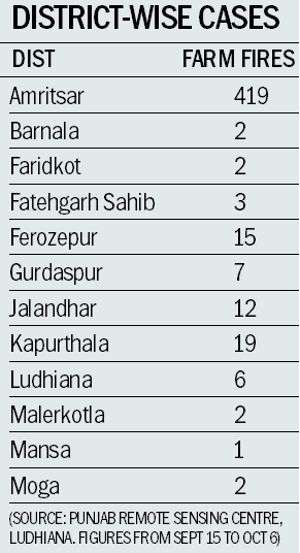 The Chief Agriculture Officer (CAO), Dr Amanjit Singh, told The Tribune, here on Thursday that at least 25 village panchayats across seven blocks in the district have already adopted resolutions not to let anyone burn the crop residue in their respective villages.

He disclosed that a Mansa firm, which will use the straw for generating fuel, has come forward to adopt all such villages and undertake the free of cost collection of crop residue generated in all these villages, which have said no to stubble burning.

The CAO revealed that a comprehensive action plan, comprising awareness, education, subsidised machinery, and penal action, put in place on the directions of the Agriculture Minister Kuldeep Singh Dhaliwal to check the stubble burning has been making visible effect as only six farm fires were spotted in the entire district during the past three weeks, since when the paddy harvesting had started.

He said the teams of the Agriculture Department with the help of district civil and police administration immediately rush to the spots of farm fires and take immediate action necessitated in the matter.

“While the first timers were strictly warned and advised not to indulge in burning crop residue in future, the repeat offenders were dealt with sternly by way of imposing environmental compensation, making red entries in their khasra girdawaris (revenue records) and even registration of FIRs against the violators,” he detailed.

Pertinently, as many as 50 hotspots of stubble burning have been identified across seven blocks in the district.

Over 18 lakh tonne paddy straw to be generated

The district will generate 18.06 lakh tonne of paddy straw at the rate of seven tonne per hectare this kharif season.