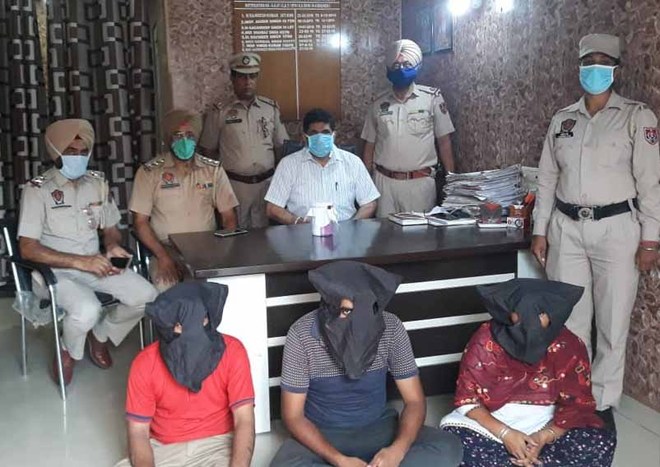 The suspects in police custody at Khanna. Tribune photo

The police claimed to have arrested three persons, including a woman, and recovered 280 gram of heroin worth Rs1.5 crore from their possession.

Two of the suspects have been identified as Vajinder and Sachin Kashyap, both natives of Uttar Pradesh. The woman is a resident of Jalandhar.

Khanna SSP Harpreet Singh said a police party, under the supervision of Khanna SP (I) Jagwinder Singh Cheema and led by Gurmail Singh, in charge of CIA, Khanna, set up a special naka opposite Pristine Mall for checking of vehicles.

The police saw a car coming from the Gobindgarh side and signalled the vehicle to stop. The police recovered 280 gram of heroin from the car. A case has been registered against them.

The SSP said according to preliminary investigation, the suspects had brought the drug from Bagpat in Uttar Pradesh and they were going towards Phillaur to sell it.