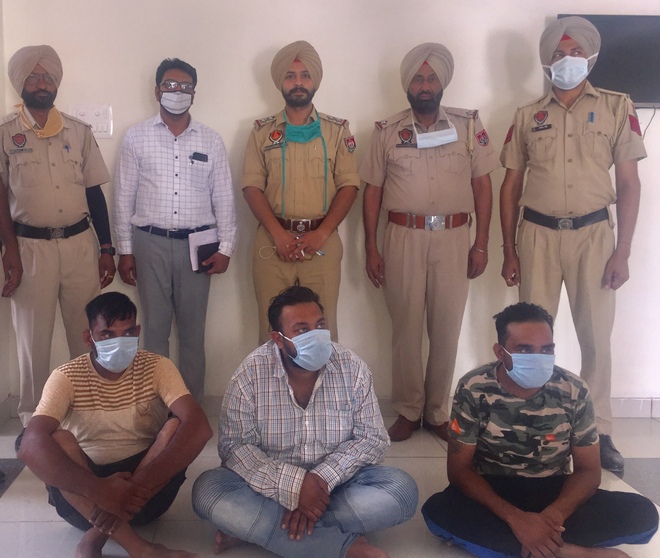 The accused in police custody at Ahmedgarh. Tribune Photo

The city police claimed to have arrested three members of a notorious gang of swindlers and snatchers.

The accused has been identified as Jitpal Sharma alias Banti of Gill Railway Station Road, Raman Sharma of Gill village and Gagandeep Singh of Guru Nanak Colony, Ludhiana. The accused have confessed of looting at least 10 persons.

The police are yet to identify their accomplices and recover cash or valuables from them.

Ahmedgarh DSP Sandeep Vadhera said the gang was busted during an ongoing investigation in a case in which some unknown persons had snatched Rs 50,000 from Deepam Kumar, a local trader, who had gone to deposit the amount at the local branch of Punjab National Bank on May 29.

Investigations revealed that the swindlers lured the victim on the pretext of depositing black money through one of their accounts in exchange for an amount. The victim later reported to the police that the accused had swindled him of Rs 50,000 after drugging him with anaesthesia.