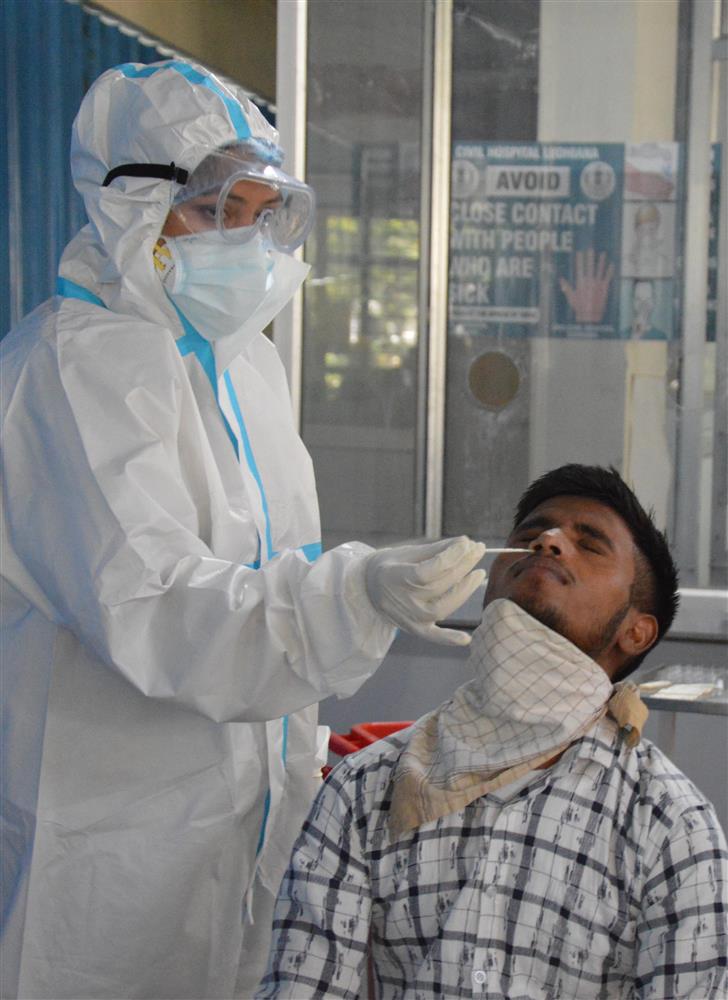 As many as 64 fresh cases have been reported from the Ludhiana district on Wednesday.

Covid-19 has claimed the lives of three more persons in the district. As many as 64 fresh cases have been reported from the district on Wednesday.

The Health Department has confirmed 79 positive cases, including 64 from Ludhiana and 15 from other states or districts. Of the 64 cases of the district, eight patients are contacts of positive patients, 20 visited OPD and 23 with influenza-like illness visited the Flu Corner. Meanwhile, a healthcare worker, two under-trials and 10 others are among those who tested positive.

Civil Surgeon Rajesh Bagga confirmed that three patients — a 60-year-old woman from the Civil Lines, a 61-year-old man from Rurka and a 58-year-old man from Shehzad village died of virus. At present, 16 patients, including eight from Ludhiana and eight from other districts or states, are on ventilator at Ludhiana hospitals, as per information.

Deputy Commissioner Varinder Kumar Sharma said the number of Covid-19 patients getting cured in the district was increasing with each passing day. At present, there were 410 active patients in the district.

He said now, the total number of patients related to Ludhiana was 19,403, while 2,521 patients were related to other districts/states.

He appealed to residents to follow all directions of the state government. If they would stay indoors, they would not only stay safe themselves but would also contribute to keeping everyone around safe.