3 nabbed for stealing AC compressors from bank : The Tribune India 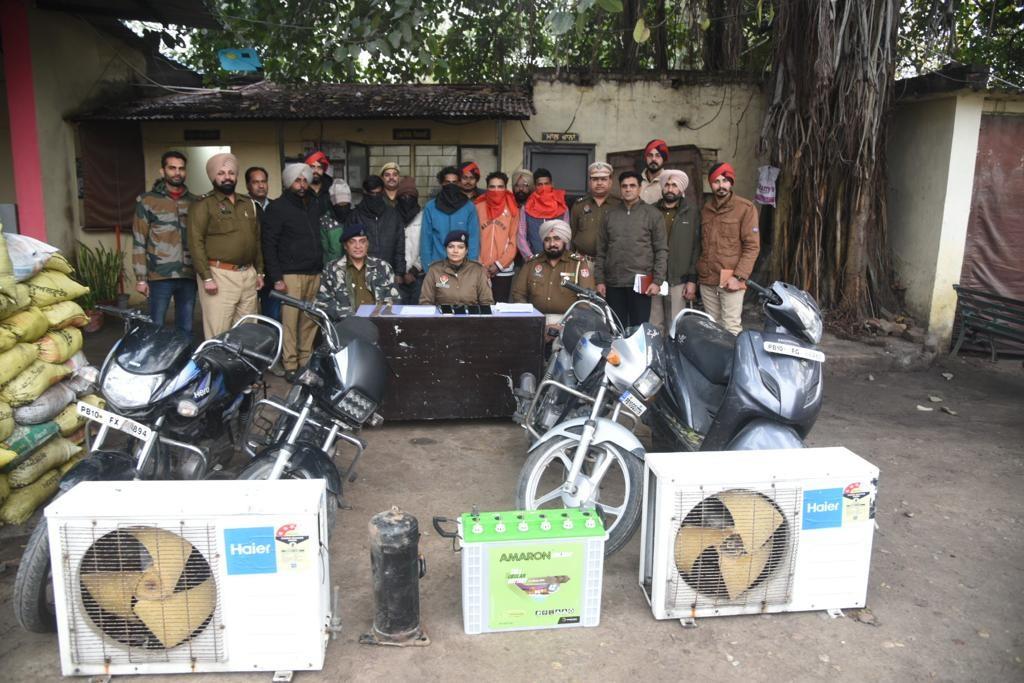 The police with the suspects and recovered items in Ludhiana.

The police have arrested three persons allegedly involved in a theft that occurred at a bank recently. The police claimed to have recovered stolen items, including 2 two-wheelers, a battery, two split AC compressors and another compressor.

On the complaint filed by the branch manager of SBI Bank, Dana Mandi, near Jalandhar bypass, an FIR was registered at the Salem Tabri police station against unidentified persons for stealing a big battery and six split AC compressors from the bank.

During the investigation, the police arrested Ramu Shah of Guru Har Rai Nagar near Jalandhar bypass, Surinder Kumar of Bahadur Ke Road, and Pappu Sahni of Guru Nanakpura in Ludhiana.

Joint Commissioner of Police (JCP) Saumya Mishra said a battery and a scooter were recovered from the trio. During the interrogation, the suspects revealed that they, along with their two more aides, Vijay Kumar and Banjara, had stolen a battery and AC compressors from the bank.

In another case, the police have arrested three persons allegedly involved in snatching and theft incidents. The suspects have been identified as Joban Singh, Gurvinder Singh and Harmanjit Singh, all residents of Amritsar district.

Joint Commissioner of Police Saumya Mishra said the police had recovered three motorcycles, four mobile phones and two sharp weapons from them. She said after committing the crime in Ludhiana, they used to return to Jalandhar or Amritsar.

A case under Sections 379-B and 34 of the IPC has been registered at the Salem Tabri police station against the suspects.