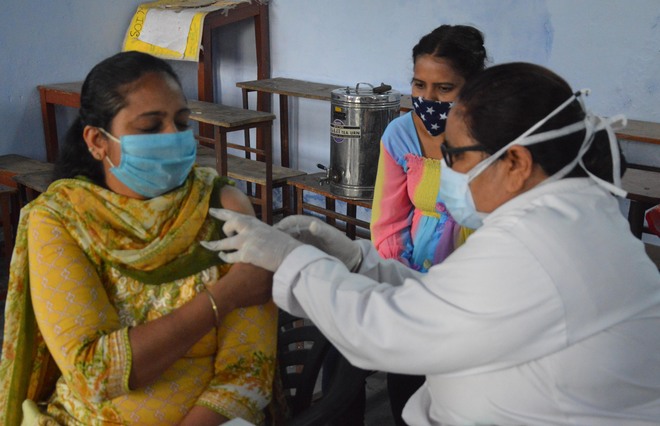 A woman getting vaccinated against covid here today.

As many as 67 persons from Ludhiana district tested positive, while three persons lost their lives to the virus today. The case fatality rate was 2.48 per cent, while the recovery rate of Covid-19 patients has reached at 96.62 per cent.

Those who tested positive included a healthcare worker, undertrial and an expectant mother, while nine patients are still being traced.

Those who lost their lives today were two men and a woman aged 68 years, 62 years and 86 years. The deceased woman belonged to Model Town Extension and the deceased men belonged to Basant Nagar and Maachiwara.