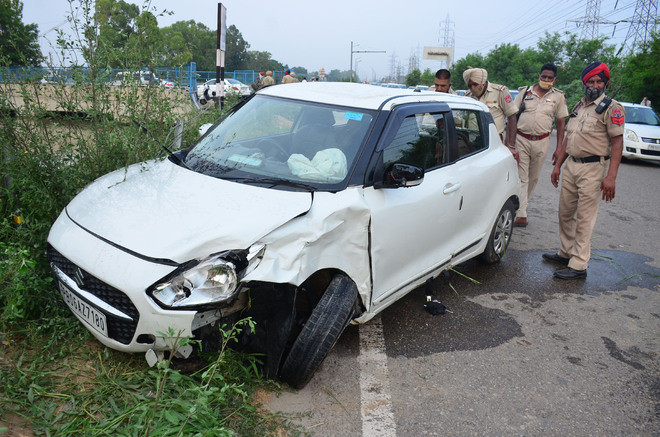 The car that fell into the Sidhwan canal in Ludhiana. Ashwani Dhiman

A Swift car fell into the Sidhwan canal near the Guru Angad Dev Veterinary and Animal Sciences University (GADVASU) in Ludhiana on Sunday evening. All four occupants of the car were fished out by the passers-by and were rushed to the hospital but three of them succumbed later.

The deceased have been identified as Pahul (18) and Prabhjot (19) of Gurdaspur and Trisha (18) of Delhi. Trisha was a student of a medical college in the city. Survivor Rahul also belongs to Gurdaspur. The youngsters were friends and had come to the city to meet each other. After visiting the mall and some prominent markets, they were heading towards Trisha’s accommodation to drop her. When they reached near GADVASU, another car came on the road and Rahul, who was driving, lost control and the car fell into the canal.

Rahul said the boys had started from Gurdaspur around 11 am this morning and they were heading back at 4.30 pm when they met with the tragedy. The police have informed the families of the deceased. — TNS