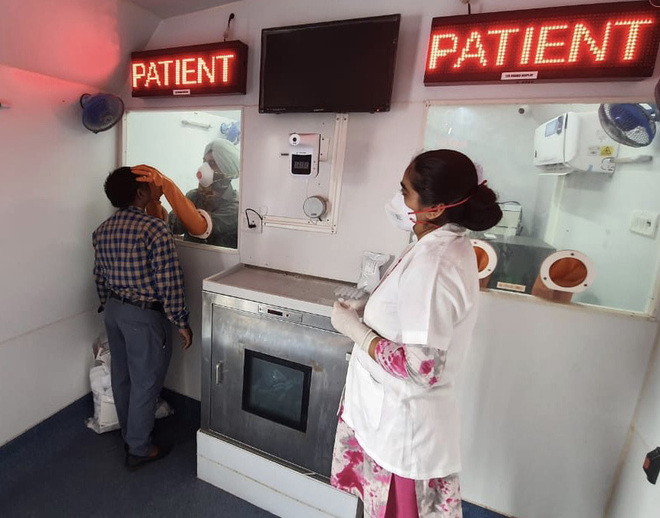 The sample of a person being collected for Covid-19 testing in Ludhiana. Photo: Inderjeet Verma

After five continuous days, the number of Covid positive patients in the region has again gone past 100.

Today, 104 persons tested positive for Covid, while four in the district fell prey to the virus. Today, 13 patients were on ventilator support.

Those who lost their lives today were all males. Three of the patients were suffering from both hypertension and diabetes.

Today, 36 persons each were referred from flu corners and OPDs. Out of those who tested positive, 13 were contacts of positive people, while 19 were being traced.

Deputy Commissioner Varinder Sharma said a total of 104 new patients from Ludhiana district had tested positive in the past 24 hours.

He said now, the total number of patients related to Ludhiana was 19,339.

He said whenever the district administration and the Health Department Ludhiana find any positive or suspected coronavirus patient, his/her samples are immediately sent for testing. Similarly, 3,625 samples of the suspected patients were sent for testing today and their results were expected shortly.