4 of vehicle thieves' gang held in Ludhiana : The Tribune India 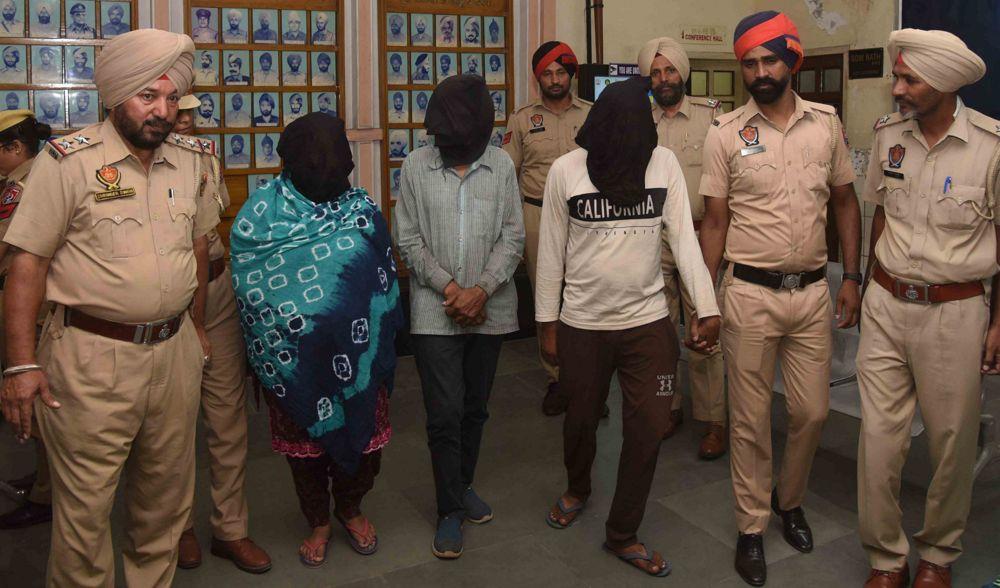 Three of the suspects in police custody in Ludhiana on Monday. Tribune photo: Himanshu Mahajan

The city police claimed to have busted a gang of vehicle thieves with the arrest of four of its members while an equal number were absconding. On the basis of information provided by the arrested suspects, the police recovered 10 stolen pick-up vans, mini-trucks, one motorcycle, a scooter and a large quantity of spare parts of stolen vehicles, including engines, radiators and tyres.

Commissioner of Police (CP) Kaustubh Sharma told mediapersons that Manoj Kumar, a migrant from Gonda district in Uttar Pradesh and at present residing in Shimlapuri, was arrested by the police from a motor workshop in Star Avenue, Malerkotla Road, Gill, on September 29 on suspicion.

“During intensive interrogation, the suspect, Manoj, spilled the beans and disclosed about an eight-member gang which was involved in theft of vehicles — mostly pick-up vans and mini-trucks from various parts of the city. The suspect was booked under Sections 379 and 34 of the IPC and information provided by him further led to the seizure of five stolen vehicles,” the CP said.

During further investigation, three more members of the gang, identified as Baljit Kaur, Randhir Singh, both residents of Fauji Colony, Sangowal, and Gurdeep Singh of near Railway Crossing, Shaheed Karnail Singh Nagar, were nabbed by the police.

Speaking about the modus operandi of the gang, Sharma said after theft of vehicles — mostly public carriers, the suspects used to strip down vehicles at their motor workshop with active involvement of Manoj and thereafter the vehicles and their spare parts were sold separately in the market. “The suspects were also dumping stolen vehicles, parts and scrap in a vacant plot in the Focal Point,” he said.

Officials said Section 411 of the IPC had been added to the case already registered in this regard and four other members of the gang, Rajinder Singh, Tejinder Singh, Harjit Singh and Mohit, were at large and efforts were being made to nab them.