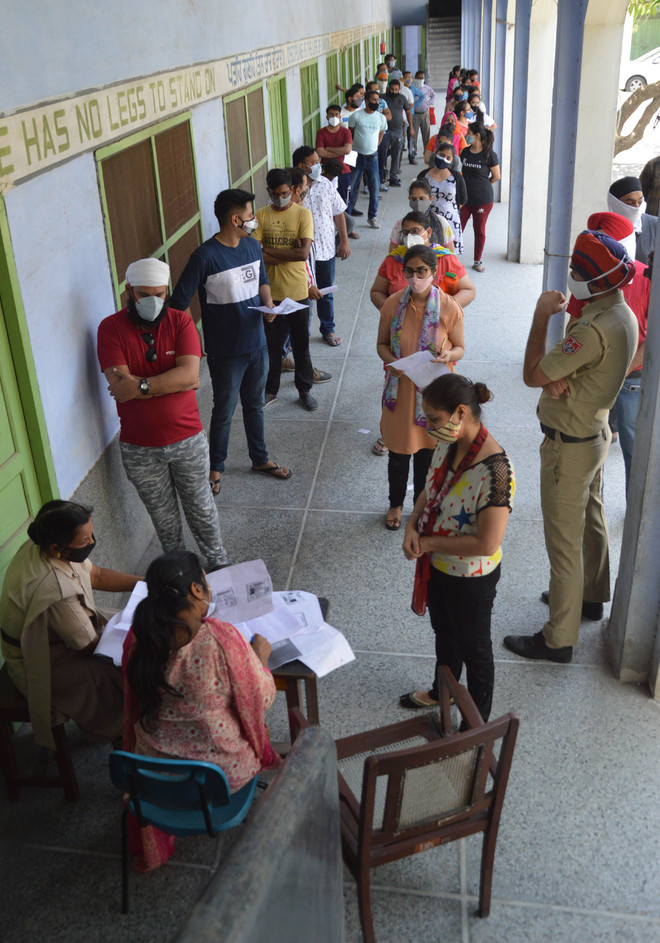 People stand in queues to get inoculated at a vaccination centre in Ludhiana on Friday. Photo: Inderjeet Verma

Tomorrow, the camps for the 18-44 age group will be organised at 24 places. Covishield will not be administered for the 45 plus category tomorrow as the district has run out of its stock.

The vaccination for those aged 18-44 (construction workers) and having comorbidites or family members of healthcare workers in this age category started in the district from today.

The MP warned a few private hospitals to not to overcharge patients. He warned that private doctors should not force the state government for taking strict decisions.

Bittu said during his visit to the government Urban Health Centre at Jawaddi, he was impressed to see a 4-month pregnant doctor performing her duty in a Covid ward.

“If such doctors can serve patients without even thinking of their own health, we also expect similar selfless acts from doctors of private hospitals,” he said.

He said though fresh cases were reported, the district administration was fully geared up to combat the pandemic and save people from the virus. — TNS