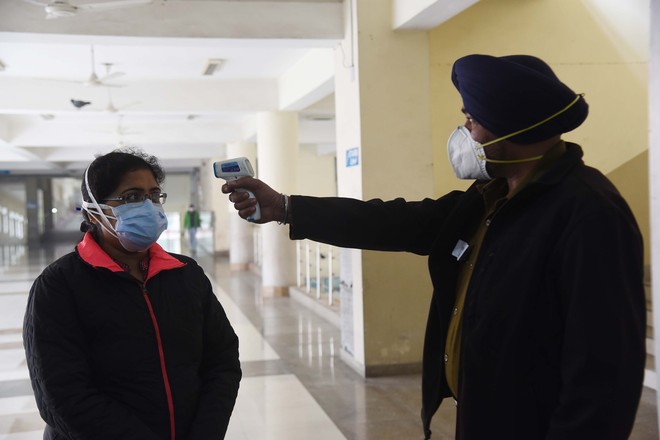 As many as 42 fresh cases of Covid-19 were confirmed here on Tuesday. The virus has also claimed the life of a 60-year-old woman from the Shimlapuri area of Ludhiana.

The Health Department confirmed 48 fresh positive cases, including 42 from Ludhiana and six from other districts or states. Of the 42 cases reported from Ludhiana, 24 patients had influenza like illness, 10 visited OPD and three came in contact with positive patients. Besides, five persons, including two healthcare workers, have tested positive for the virus.

Deputy Commissioner Varinder Kumar Sharma said till date, a total of 5,33,431 samples had been taken, of which reports of 5,32,227 had been received. Of these, 5,03,840 samples were found negative while reports of 1,204 were pending. He said now, the total number of positive patients related to Ludhiana was 24,711, while 3,676 patients were related to other districts/states.