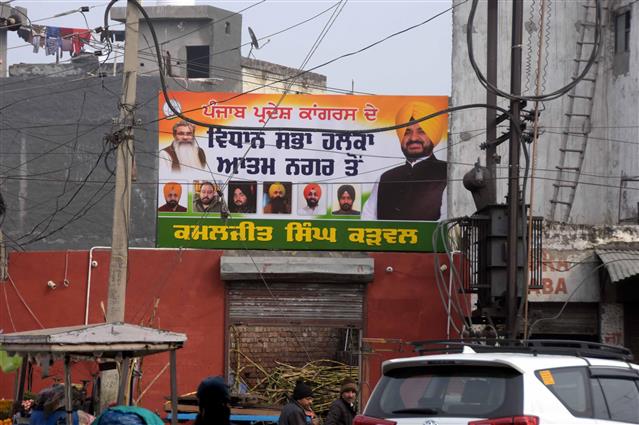 Even after notices were served on different political parties for displaying unauthorised advertisements, a number of political advertisements are still displayed on buildings on Gill Road, near Link Road flyover and other areas of the Atam Nagar constituency. 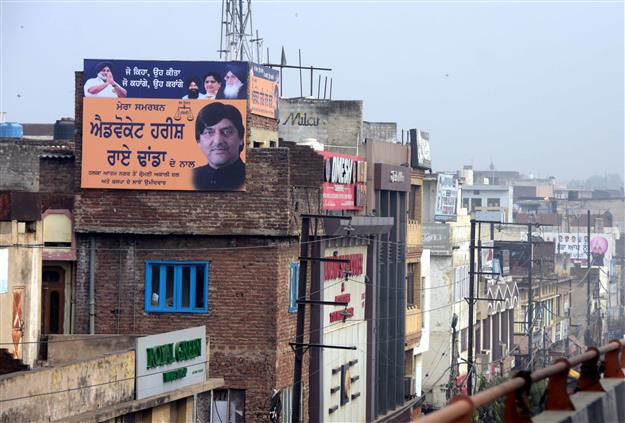 A total of 63 notices have been served on different political parties for violating the model code of conduct, maximum for unauthorised political advertisements, in the past three days. Posters of the Congress, Lok Insaaf Party, AAP and Shiromani Akali Dal have been displayed at various sites in the constituency. 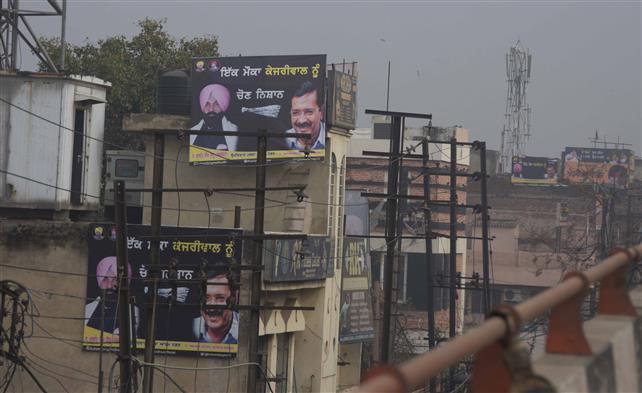