7,155 students vaccinated in 35 camps at govt schools : The Tribune India 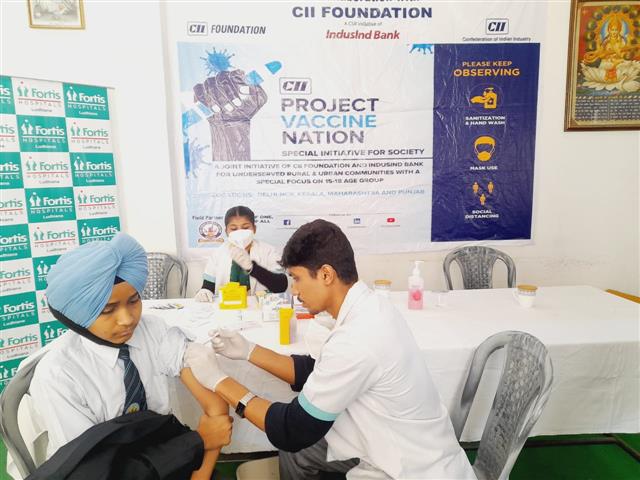 A student gets vaccinated against Covid at a government school in Sahnewal. Tribune photo

With the efforts of CII Foundation, Indusind Bank, Payal CHC and Punjab Youth Development Board, the college has organised 35 vaccination camps and administered 7,155 doses to students between 15 to 18 years of age and those above 18 years. A team of Fortis Hospital administered the vaccine to beneficiaries in and around Sahnewal and Doraha.

“We will organise more camps for the students to assure that they are fully vaccinated. Earlier, the students were reluctant to take the jab but later they changed their mind and the number of those receiving the shot is increasing day by day,” said the dean of the extension cell of Guru Nanak National College.

“We are grateful to the contributors who have done the yeoman’s service of assisting us in vaccinating so many people, especially the children and their parents who cannot afford to get their dose from private hospitals,” said general secretary of the college management Harpratap Brar.