191 fresh infections reported in past 24 hours 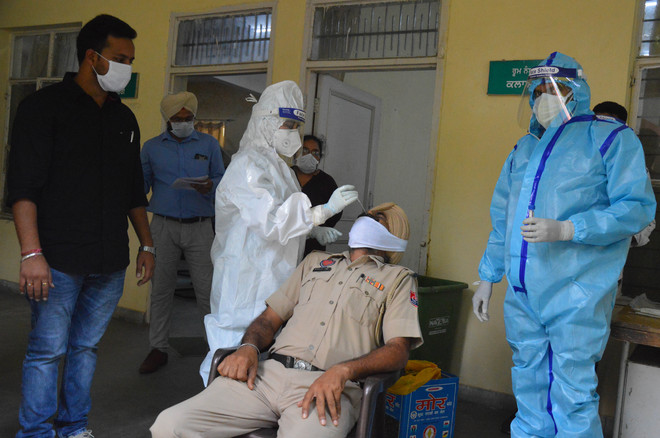 Sample for COVID test in being taken at police lines Ludhiana.

Seven Covid-19 patients died and 191 fresh infections were reported in Ludhiana district during the past 24 hours. The death toll has reached 695.

As many as 14,739 patients have recovered so far and the recovery remains over 86 per cent.

Giving details, Dr Rajesh Bagga, Civil Surgeon, Ludhiana, said one person each from other districts of Kapurthala, Moga and Nawanshahr and two patients from the neighbouring state of Haryana also lost their lives in Ludhiana today.

Deputy Commissioner Varinder Kumar Sharma said the administration had been making all-out efforts to contain the spread of Covid and appealed to the people to adhere to the instructions issued by the government.

He said a total of 231 patients (191 new patients from Ludhiana district and 40 from other states/districts) have tested positive in the past 24 hours.

He said 42,267 persons have been placed under home quarantine in the district and at present, the number of such persons is 4,054. Today, 180 persons were asked to home-quarantine themselves. 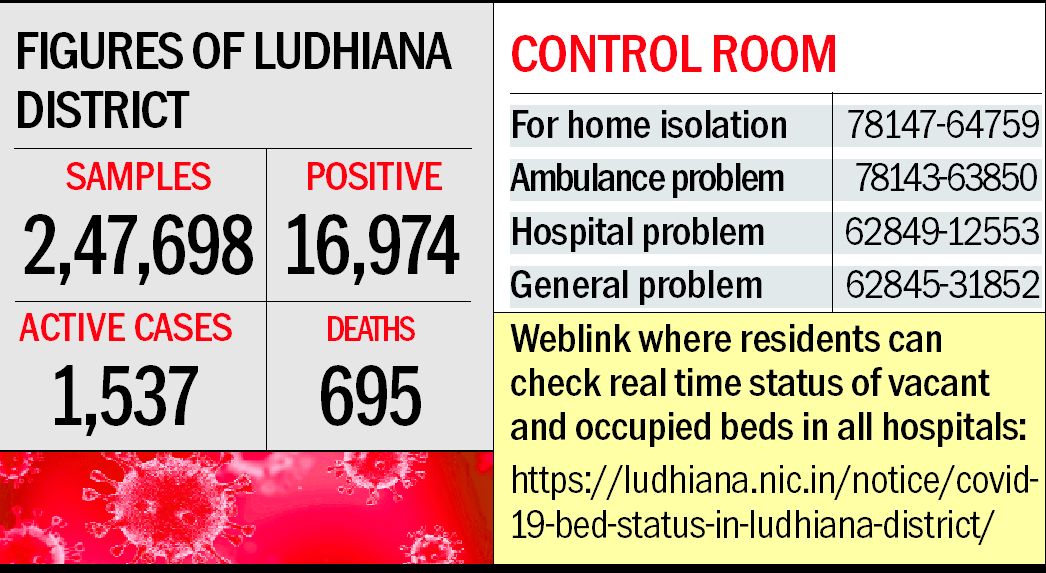