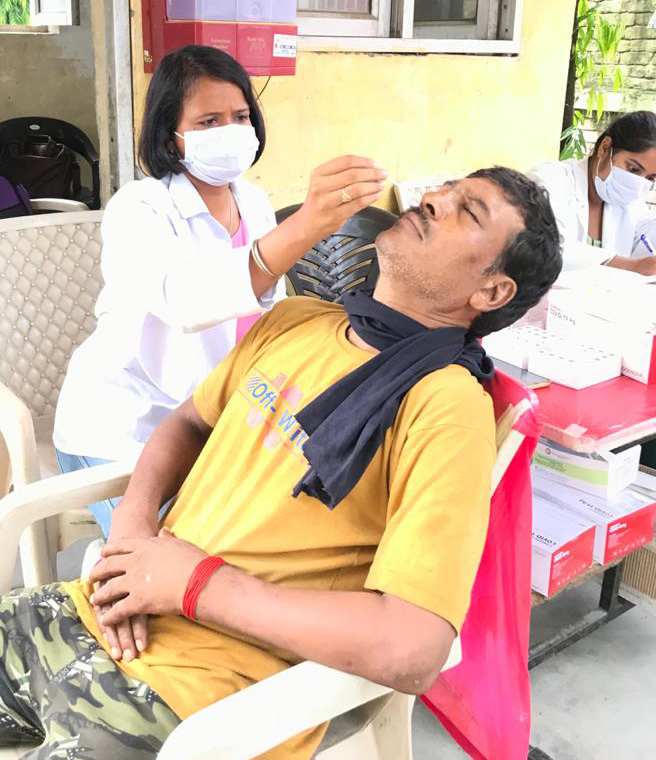 A man gets his Covid test done in Ludhiana. Photo: Inderjeet Verma

Seven fresh cases of Covid-19 were confirmed in the district on Wednesday. Of them, three patients had influenza like illness.

Deputy Commissioner Varinder Kumar Sharma said there were 51 active patients in the district at present. A total of eight patients — seven from Ludhiana district and one from other district or state —tested positive in the last 24 hours.

The Deputy Commissioner said the total number of persons who lost their lives is 2,093 from Ludhiana and 1,047 from other districts. 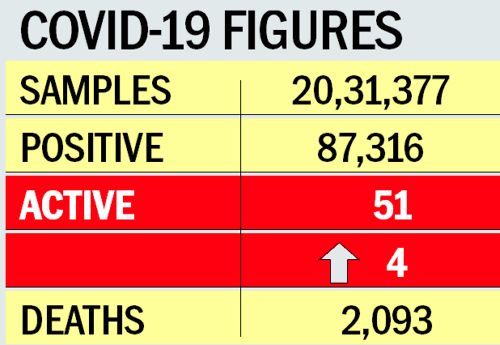