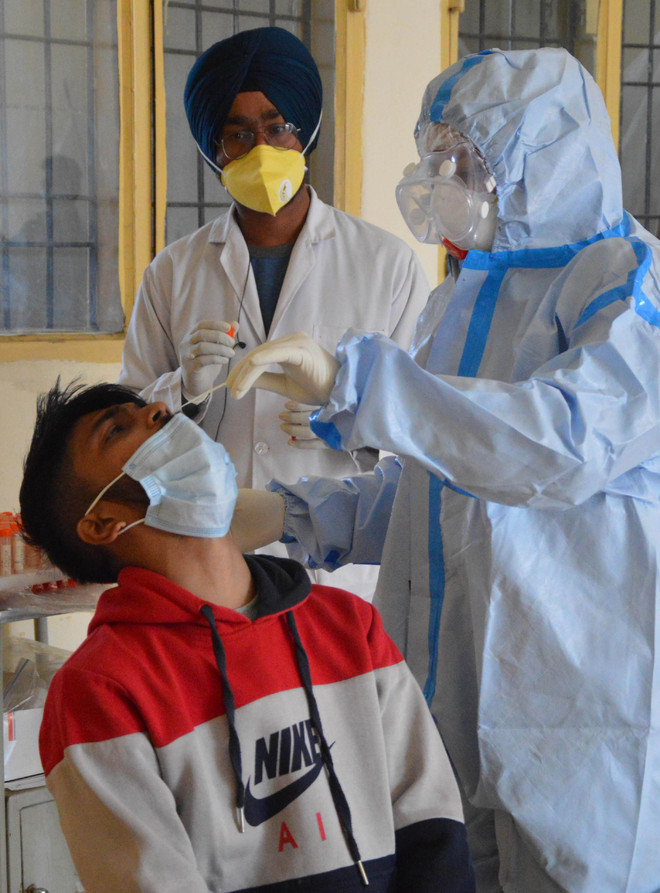 Eightyfive persons tested positive for coronavirus, while three lost their lives to the deadly virus in the district today.

Those who died were all men aged 82, 75 and 67. They belonged to New Shivpuri, Mundian Kalan and Dandi Swami, respectively.

Out of the total people who tested positive today, 31 were referred from flu corners, 28 from OPDs, 14 were contacts of positive people, five were health care workers, while the tracing of five persons was in progress.

Deputy Commissioner Varinder Sharma today said that under the “Mission Fateh” of the Punjab Government, the number of Covid patients getting cured in Ludhiana district was increasing with each passing day. He said there were 874 active patients in the district at present.

He said efforts were being made to keep people safe from Covid. He added that a total of 85 new patients from the district had tested positive in the last 24 hours.

He said whenever the district administration and Health Department, Ludhiana, know about any positive or suspected Covid person, his/her sample is immediately sent for testing. Similarly, 3,753 samples of suspected patients were sent for testing today and their results were expected shortly.