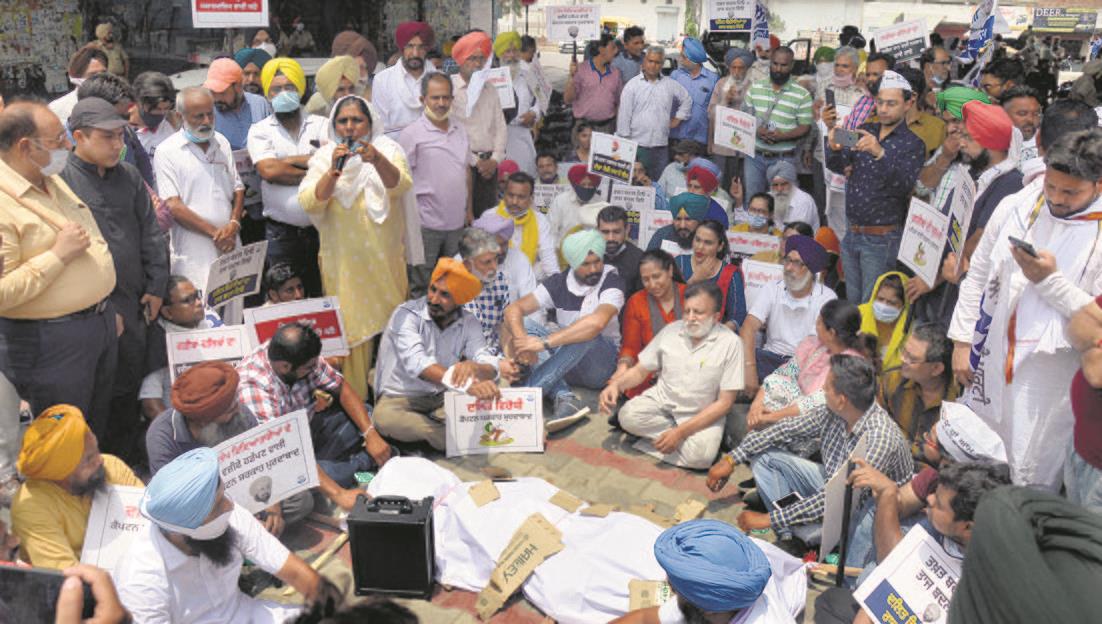 The protesters raised slogans against the Congress government and demanded strict action against the ministers and officials involved in the scam. Manuke said, “At this time the Aam Aadmi Party has launched helpline number 78272-73487 for Dalit students on which students can register their problems.”

Manuke said although the Punjab Government had announced to release the final instalment of the post-matric scholarship for Scheduled Caste students for the academic year 2020-21, the future of the students of the remaining three sessions was still at stake as the Joint Association of Colleges (JAC) had made it clear that it would not issue students roll numbers due to arrears for the remaining years.

Suresh Goyal, president, Ludhiana urban, AAP, said the lives of lakhs of students was ruined by the scam in SC scholarships as many colleges in the state had refused to issue roll numbers to the students.

Jeevan Singh Sanghowal, vice-president, SC wing, AAP, Punjab, demanded that the Capt Amarinder government should immediately release the post-matric scholarships of SC and ST students of Punjab and a criminal case must be registered against the ministers and officials concerned for embezzlement.