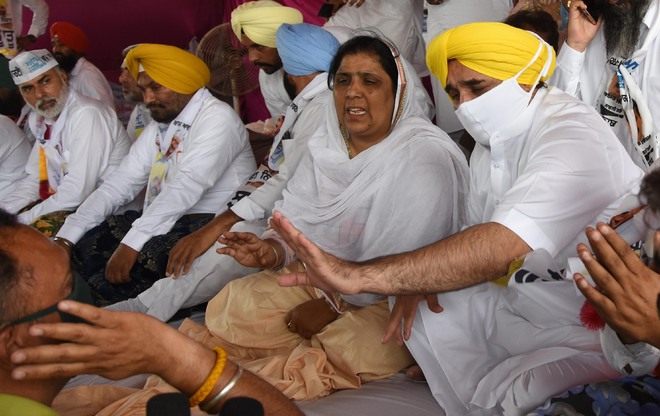 Punjab unit president of the Aam Aadmi Party (AAP) and MP Bhagwant Mann said the hunger strike held by the AAP activists had put pressure on the Capt Amarinder Singh-led Congress government and forced it to release the post-matric scholarship amount of Dalit students.

Describing the decision as a victory for the Aam Aadmi Party, Bhagwant Mann said Capt Amarinder Singh himself had knelt down before the struggle of the AAP warriors.

He said the decision to release the scholarship amount of Dalit students had proved that the state government was lying till now that the amount of only the Central Government was pending. Mann stated that now the government had agreed to give 40 per cent of its share to colleges, which was around Rs 200 crore.

On the occasion, Bhagwant Mann said CM Capt Amarinder Singh should now immediately dismiss Cabinet Minister Sadhu Singh Dharamsot who had “embezzled” Rs 64 crore in this scholarship and was messing with the future of Dalit students. — TNS