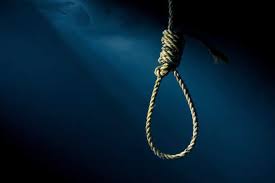 A suspect in an acid attack case has allegedly committed suicide in a city hotel. The deceased has been identified as 50-year-old Avinash Kumar of Dayalpur village in Kapurthala.

Police Division 5 sent the body to the Civil Hospital for autopsy. Avinash had been staying in a city hotel for the past few days. When hotel staff entered the room in which the suspect was staying on Tuesday morning, they saw his body hanging from the ceiling fan.

Avinash was accused of throwing acid on a 37-year-old woman, who runs a boutique in Dyalpur village, around two weeks ago. Later, the woman was admitted to a hospital for treatment. She had alleged that the suspect had been chasing her for months and she had earlier also complained to the panchayat regarding the same.

After the acid attack, an FIR was registered against him at the Subhanpur police station under Section 326 of the IPC.