A video of an Assistant Commissioner of Police (ACP), North, beating a shopkeeper here has gone viral on social media.

The incident took place outside Shagun Bikaner Sweets on the GT Road, near Salem Tabri on Thursday night. 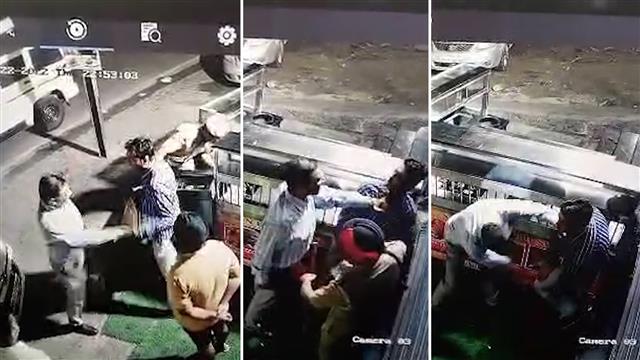 ACP Maninder Bedi was seen thrashing the shopkeeper with a stick as two other cops stood beside him.

The ACP, along with two cops, was in his official vehicle when he stopped outside the sweetmeat shop and entered into an argument with the shopkeeper. In no time the ACP turned furious and started beating the shopkeeper with a stick.

Later, he threw his stick on the road and started thrashing him while holding him by his collar. The entire incident was captured in the CCTV cameras of the shop.

The shopkeeper, however, did not file any complaint against the ACP. He reportedly had apprised the area MLA, Madan Lal Bagga, about the incident. Sources said with the MLA’s intervention, the ACP and the shopkeeper reached a compromise.