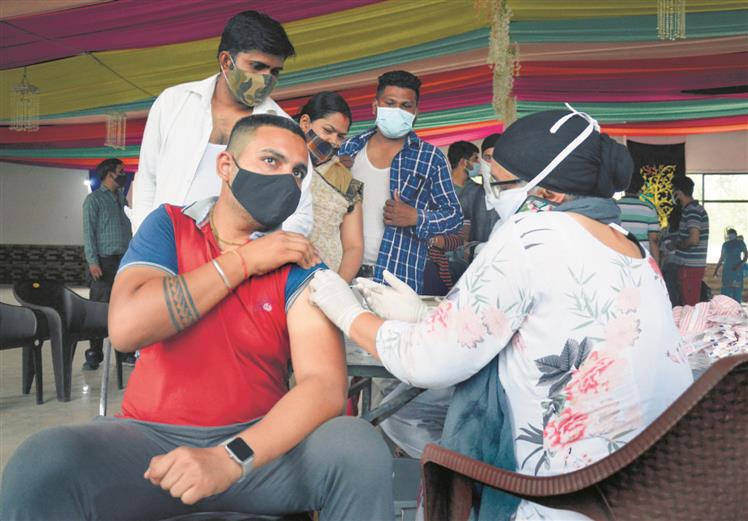 A man gets vaccinated against Covid in Ludhiana. Photo: Inderjeet Verma 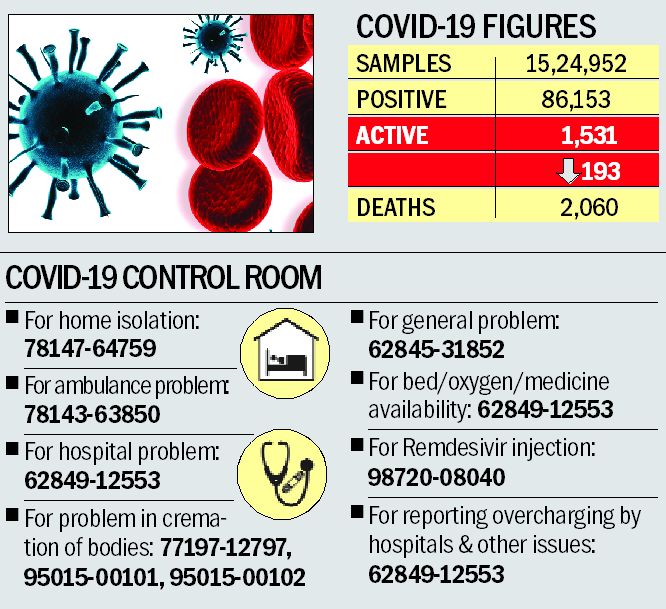 Those who lost their lives were both women aged 57-year-old and 65-year-old and belonged to Guru Nanak Colony and Mandiani Kalan, respectively.

As many as 58 patients were admitted to government hospitals and 159 to private hospitals, while 26 patients were on ventilator support. In the second wave of Covid more rural lives were affected than urban.

Civil Surgeon Dr Kiran Gill said, “People should not hesitate to take vaccination. In today’s scenario we have only three ways to protect ourselves from this deadly virus — First is taking precautions like wearing masks properly, sanitising or washing hands after short intervals and maintaining social distancing. Second way is to get vaccination as per schedule from the government. Third one is to get sample done in case of having any kind of symptoms or when anyone has contact with a positive patient.”

She said, “Vaccination is completely safe. There is no harm in taking vaccination at any point of time.”

In the end she shared her views about the concept of the Punjab Government of seven rural Covid volunteers from each village. She said it was a very good initiative taken by the state government. Those volunteers would make sure that Covid guidelines were followed in each village. They would also sensitise people on latest Covid guidelines of the Punjab Government.

A patient suffering from black fungus lost his life on Saturday. The patient belonged to some other district and was admitted to a Ludhiana hospital. Total 17 persons have lost their lives due to black fungus.

Five more patients were diagnosed with black fungus. Out of these, four belonged to Ludhiana and one to other district. A total of 114 black fungus patients were admitted to hospitals in the district so far, while 51 are active patients.