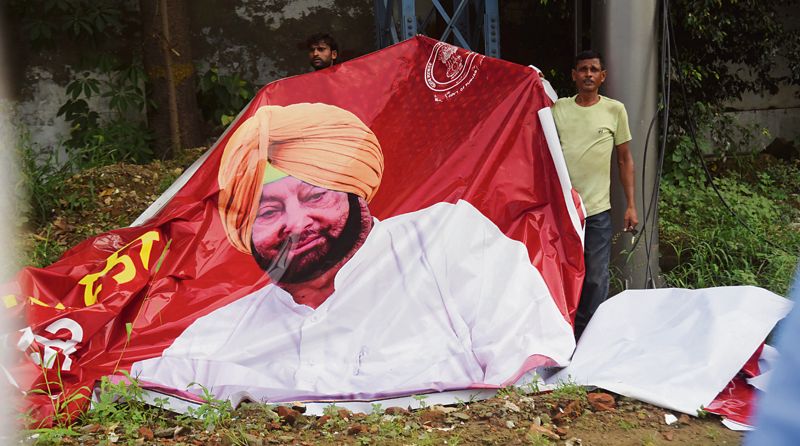 After Charanjeet Singh Channi took oath as Punjab Chief Minister on Monday, the advertisements of former Chief Minister Capt Amarinder Singh, highlighting the Punjab Government’s achievements, have been removed from the unipoles and other sources in the city.

Now, new advertisements are likely to be displayed as per the instructions of the government department concerned, sources said.