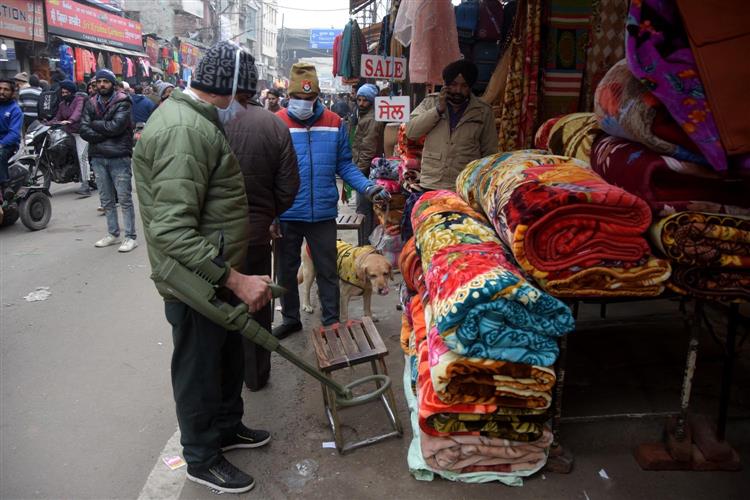 A bomb squad carries out checking in the old city area in Ludhiana on Sunday. Tribune photo: Himanshu Mahajan

Ahead of the Assembly elections in Punjab, the Ludhiana police have intensified security in the city. The city police along with paramilitary forces have increased checking of vehicles and suspicious persons.

Today a special checking drive was conducted in the old city area, where a dog and bomb squad checked the shops and belongings of persons in a random manner. The team went inside a crowded market to ensure that no abandoned bag or anything suspicious is lying on the road.

Several vehicles were also stopped by the team to ensure that no explosive or any illegal object is being transported.

Cops also checked ID proofs of some of the commuters to ensure that anti-social elements do not roam in the crowded markets to create any law and order problem.

For election purpose, police parties have also been formed which will patrol in the sensitive areas to prevent any law and order problem.

Police officials said the staff sitting at the Police Control Room is keeping an eye on the anti-social elements through hundreds of CCTV cameras.