Ahmedgarh to get new building for subdivision office : The Tribune India

State government approves Rs 5.95 crore for administrative complex, land yet to be finalised 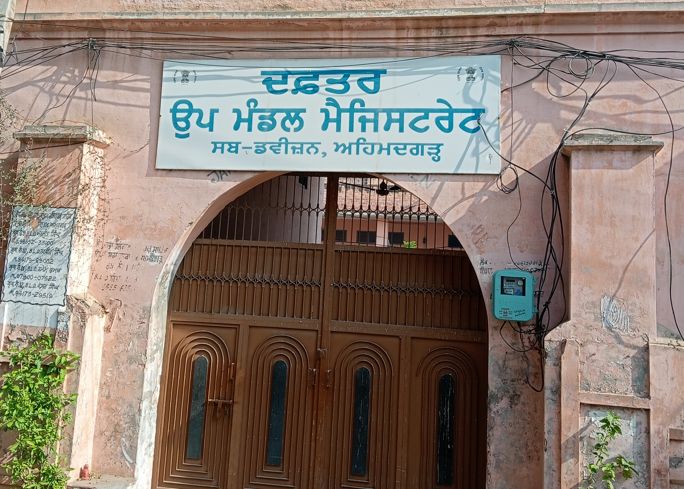 The present SDM office in Ahmedgarh is housed in a rented building.

Residents of Ahmedgarh town and 53 villages falling under the Ahmedgarh subdivision will soon be able to avail all administrative services at one place, as the state government led by Chief Minister Bhagwant Mann has approved grants worth Rs 5.95 crore for the construction of a subdivision complex here.

The declaration is construed as a major achievement of AAP legislator Jaswant Singh Gajjanmajra, as his predecessors had allegedly failed to find even suitable land for the purpose.

Residents, led by Ahmedgarh Aam Aadmi Party president and councillor Vikas Krishan Sharma and senior vice president, Ahmedgarh Municipal Council, Kamajit Singh Ubhi, said Gajjanmajra had succeeded in impressing upon CM Mann to include Ahmedgarh subdivision in list of projects for the construction of 17 complexes in the state.

“When the then Chief Minister Parkash Singh Badal had announced the upgrading of Ahmedgarh sub-tehsil to subdivision in 2016, the administration had failed to find a suitable government building to function as the subdivision’s office. Had residents not persuaded a school committee to allow the use of a century-old building of Janta College for the purpose, the SAD government would have failed to establish the subdivision office,” Ubhi said.

Residents alleged that the local Congress leaders had also failed to impress upon the senior functionaries of their party the need to find suitable land for the construction of an administrative complex.

MLA Gajjanmajra said Ahmedgarh SDM Harbans Singh had been asked to ensure that process for the acquisition of land for the purpose was initiated without delay.