Writes to Capt Amarinder, saying ESIC is becoming profit-making agency, instead of facilitator to workers 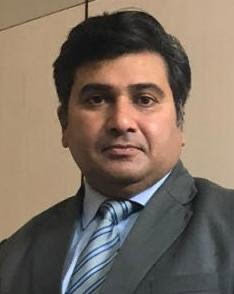 The All Industries and Trade Forum (AITF) is sore over the failure of ESI scheme in India. In a letter written to Chief Minister Capt Amarinder Singh, AITF president Badish Jindal said the Employees’ State Insurance Corporation (ESIC) was becoming a profit-making agency, instead of facilitator to workers. Thousands of employees are losing their lives due to mismanagement and technical issues of the ESIC, said the AITC.

I have been closely associated with the ESIC as its Board member and also part of many prominent committees in the ESIC. It is a shocking fact that as per the ESIC annual report, the average per capita income is Rs6,380 per insured person and per capita expenditure on medical care is merely Rs2,165 per insured person. — Badish Jindal, AITF president

Further it has requested the state government to get hold of the scheme so that the industry in Punjab could get the benefits.

“The ESIC scheme was launched in India in 1952 to provide health and sickness benefits to employees and their families, but unfortunately the ESIC failed to perform its duties and became a profit-making organisation,” said Jindal.

He further added that during the lockdown owing to Covid-19 crisis, employers and employees were seeking some relief from this department, but unfortunately they extended no support to employees or employers, except some extension of dates.

“I have been closely associated with the ESIC as its Board member and also the part of many prominent committees in the ESIC. It is a shocking fact that as per the ESIC annual report, the average per capita income is Rs 6,380 per insured person and per capita expenditure on medical care is merely Rs 2,165 per insured person,” he said.

He said: “If we take an example of Punjab, the total average collection from the state by the ESIC is around Rs 726 crore, among this amount the total medical expenditure incurred on insured persons in Punjab is merely Rs 283.48 crore. The state government contributed Rs 37 crore in this. So the per capita expenditure of the ESIC in the state is merely Rs 2,166 per insured person.”

The ESIC also failed to manage the parity among states and the political influence is the criteria to disburse the funds among states.

“The services to workers covered under the ESIC are not satisfactory. Long waiting is there for getting OPD services or medicines. The referral to specialty hospitals is a tedious job for workers and most of them die in the process of getting treated. The other norm of emergency services forced employees to die on roads as it is mandatory for the employee to get the ESIC consent for admission to any hospital. In case of emergency, if the employee requires getting admission to any nearest hospital, he/she is not allowed to do so under the act of the ESIC. If we go through the services provided by the ESIC in Punjab, the figures are really shocking as the IPD occupancy of Model Hospital of the ESIC in Ludhiana is 103 per cent. Whereas the occupancy of 125-bed ESI Hospital at Amritsar is merely below 20 per cent, which is costing around Rs 13,188 per bed per day, and similarly the 100-bed ESI Hospital, Jalandhar, has occupancy of around 32 per cent with an average expense of Rs 8,483 per bed per day. The state must come forward to discuss this important issue with the Centre for a better care of employees of our state,” he added.