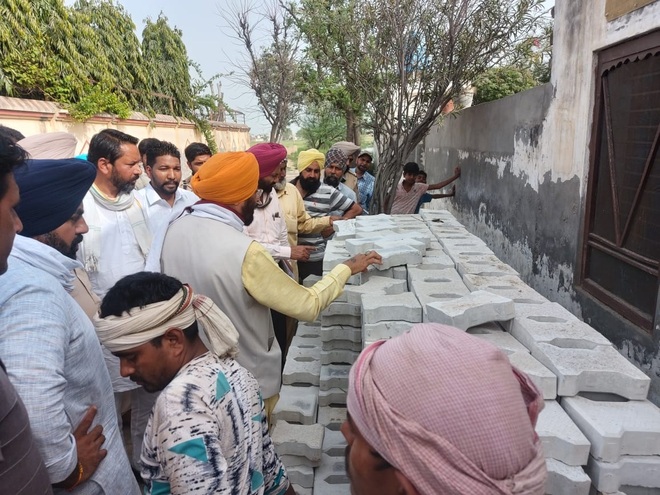 Amargarh MLA Surjit Singh Dhiman inspects tiles to be used for flooring of streets at a village near Ahmedgarh. Tribune photo

“Compromise in the quality of materials used for construction and repair of infrastructure will not be tolerated at any cost,” said the legislator.

Dhiman visited various localities to inspect the infrastructure works under way in his jurisdiction. Addressing the members of municipal councils, sarpanches, panches, and office-bearers of market committees, zila parishad and block samitis, he said the state government was committed to provide the best civic amenities.

“Now, when Chief Minister Captain Amarinder Singh has sent us enough grants for construction and repair of infrastructure for improving the standard of living of villagers, it becomes our duty to ensure that every penny is utilised correctly,” Dhiman said.

Teji Kamalpuri, personal assistant to Dhiman, said all development projects were being undertaken under direct supervision of the elected office-bearers of civic bodies.