Is a close aide of Canada-based terrorist Lakhbir Singh Landa 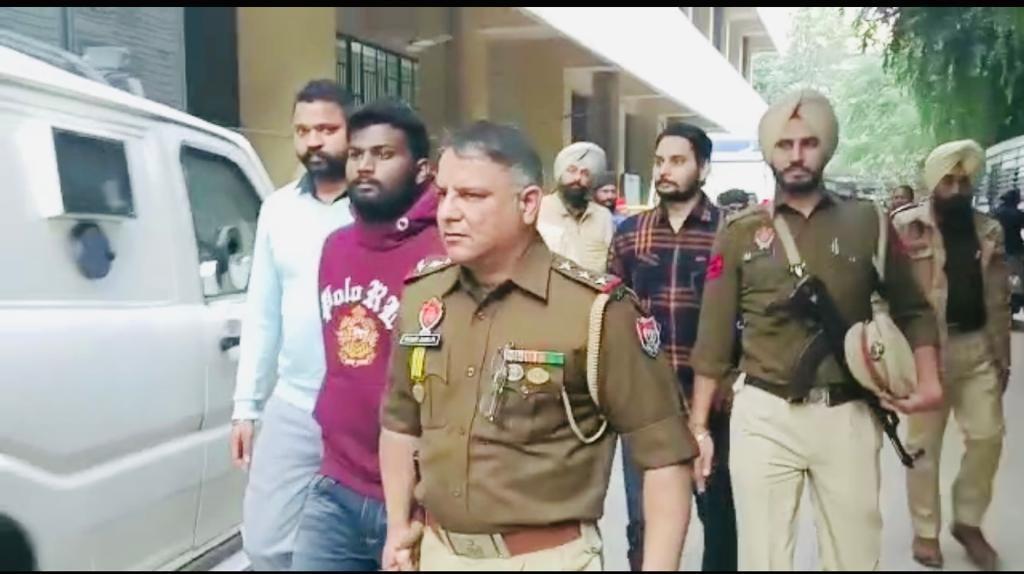 Gangster Yuvraj Sabharwal was brought on production warrant to Ludhiana on Tuesday in connection with the Amritsar IED case. Tribune Photo

Yuvraj was the key accused in the Amritsar IED case and he was the one who retrieved and planted IED on the directions of Landa.

Ludhiana police crime branch had been looking for Yuvraj after his Ludhiana aides, who had supplied Sim cards to the accused involved in IED case were arrested by the Ludhiana crime branch-1 team led by Inspector Beant Juneja.

“Yuvraj had assembled and fitted IED under the vehicle of Amritsar cop. His questioning will bring forth a lot of information into the network of terrorists. Three more Sim card which are yet to be recovered is still a mystery and Yuvraj will be questioned if those sim cards were used in other IED devices. If not, where are those sim cards," said Inspector Juneja.

On August 16, 2022, two motorcycle-borne persons had planted an IED under the Bolero SUV of Sub-Inspector Dilbag Singh parked outside his residence in the C-Block area of Ranjit Avenue, Amritsar. The mobile phone-triggering IED weighing around 2.79 kg and carrying around 2.17 kg high explosive was recovered from the spot by the police.

Yuvraj is facing as many as 11 cases, including of murder, attempt to murder, robbery, dacoity, Arms Act, etc. Yurvaj's uncle Ashok Kumar who was also involved in the Amritsar IED case, was questioned by Ludhiana police in September.