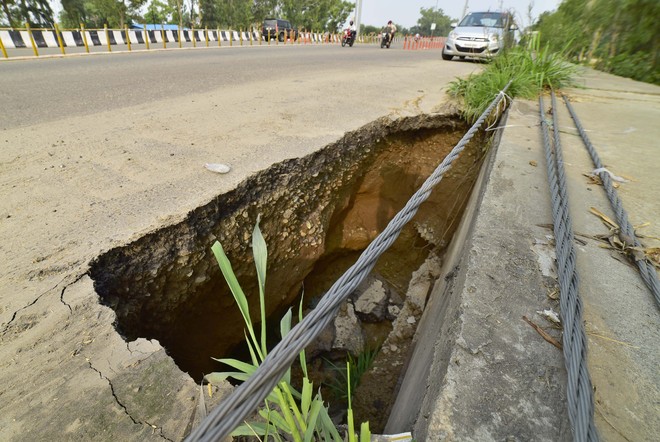 Questions are being raised over the safety of commuters on the city roads with a number of cave-ins happening recently. About 10-foot-wide pit appeared on Southern Bypass near Ferozepur Road when the road caved in.

According to the PWD officials, the road portion may have caved in due to soil erosion caused by the recent rain. Superintending Engineer of PWD Kulwant Singh said the road would be repaired by Saturday. Recently, road cave-ins happened on Kaka Marriage Palace Road and in Phase II of Dugri.

With regard to a major waterlogging at an underpass on the Southern Bypass, PWD Superintending Engineer Kulwant Singh has stated somebody had stolen the wires of the pump which was used to remove stagnant rainwater. The process was underway to make the pump functional again, he said.